Almost 300,000 people from throughout the world have watched a Waipā District Council Zoom meeting on YouTube, many pretending they're actually in a busy meeting to avoid family, workmates or chores. 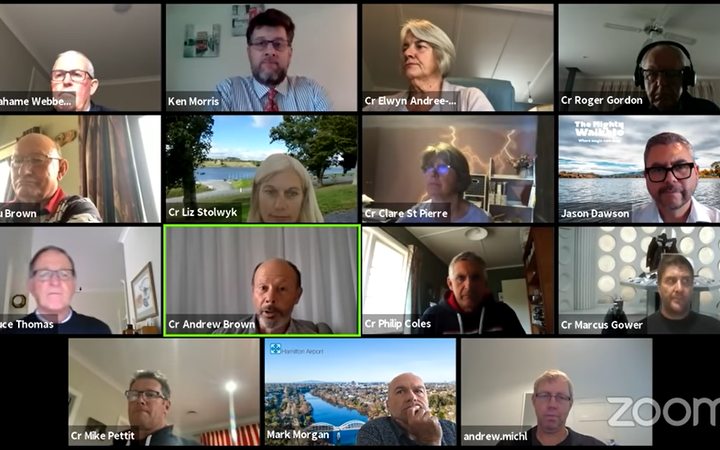 Waipā District Council's Finance and Corporate Committee Zoom meeting has gone viral as people around the world use it to pretend they're in a 'live' meeting Photo: SCREENSHOT

Waipā District Council - which covers an area just south of Hamilton - has found unlikely internet fame with hundreds of thousands of viewers flocking to its YouTube channel.

The video of a regular Finance and Corporate Committee Zoom meeting streamed in April 2020 during New Zealand's first Covid lockdown has been viewed almost 300,000 times.

Many people commented saying they played the video so other members in their household would think they were in an important meeting and leave them alone.

"Anyone else using this just so they can sound like they're in a meeting so their other family members don't disturb them while working from home?," wrote one commenter.

"Anyone else playing this through the speakers and then listening to music through their headphones while their family thinks they are in a middle of work meeting?" wrote another.

"Literally put this zoom call on at work so it looked like I was busy, I was avoiding having to deal with a stressful individual. AND IT WORKED, thank you."

One man said it brought him extra sleep in the morning as his family thought he was in a meeting, another said it helped him avoid chores, others said they used it to make their parents think they were studying.

"My wife asked why the person speaking has an accent…I'm in US," wrote one man. "My response: 'He's the project leader for the new program that we signed on to use. Weekly meetings with him until Q4 launch'." 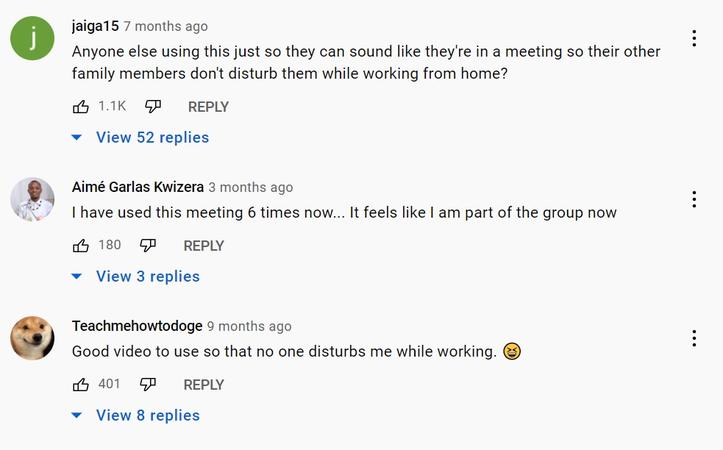 A lot of people left comments simply thanking the council, while one wondered if anyone watched it out of "genuine interest".

The video is also the first result when searching 'meeting' in YouTube.

Waipā District Council deputy chief executive Ken Morris said the response to the meeting was "unexpected" and was "quite the high water mark for our YouTube channel".

"It's great to see the internet community finding humour in council Zoom meetings, especially as the ongoing pandemic makes meetings in person difficult."

Morris said the meeting highlighted "our transparency as a council" and hopefully that would "reinforce the confidence our ratepayers can have in Waipa being a well-managed and well-governed district."

Councillor Marcus Gower was also praised for his inventive Zoom background choice of the Death Star, while people commented how they loved the accent, but many mistakenly thought it was British or Australian.

"Love how everyone has a normal background and Marcus is on the death star or something lmao," one person wrote.

"Ended up learning more about their council than my own company," wrote another.

"Thank you, now I can work in peace," one wrote - echoing the views of hundreds of thousands of others, it would appear.