Horowhenua locals are counting an environmental win over the temporary end to dumping at a controversial landfill. 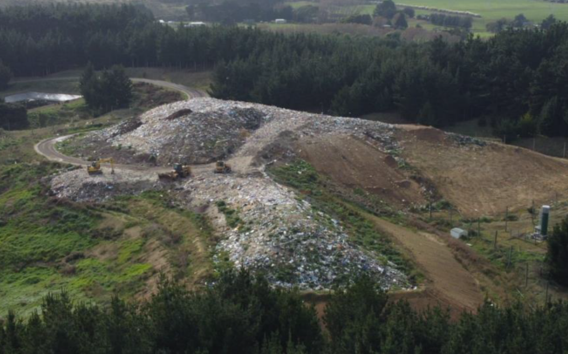 The dump near Hokio beach that takes all of Levin's rubbish had been poised to expand despite breaching its consents and polluting local waterways.

But now the Horowhenua District Council has agreed with a group of locals and iwi to shut it for six months to figure out what to do next.

Pareraukawa hapu spokesperson David Moore says they are cautiously optmistic, and their next goal is to make the closure is permanent.

"It's possibly a major turnaround by the council," Moore said.

"It's good for everybody... good for the environment, good for the wider Horowhenua that they don't have to be embarrassed about the state of their dump anymore."

Locals had been "badly let down" for years by both the district and Horizons Regional Council, he said.

"So we hope they have finally seen the light.

"Years of mismanagement and non-compliance have seen leachate polluting the groundwater, the Hōkio stream and the ocean. This is scandalous in the 21st century and needs to stop."

The area's solid waste will now be trucked to the Bonny Glen landfill near Marton. This at least was a modern, well-managed dump, Moore said.

People can still take their rubbish to transfer stations at Levin, Foxton or Shannon.

There would be no additional cost to ratepayers, the district council said.

The use of Hokio to dump rubbish from nearby Kapiti is also coming to an end. https://www.rnz.co.nz/news/national/447664/kapiti-residents-rubbish-dumped-at-controversial-landfill

A compromise like this looked highly unlikely in July when [. https://www.rnz.co.nz/news/national/447529/distrust-between-council-community-puts-levin-landfill-deal-in-the-dumps tensions ratcheted up within a council-community project management group] meant to be moving towards shutting the dump down by 2025

At that time, the district council said the expansion was an "essential" interim measure.

Now the council says that redirecting its waste north for six months will allow it to get around having to expand Hokio, as it explores waste disposal options and addresses the latest regional council compliance report, under which it copped a fine for breaches.

"Importantly, it will allow for a full community consultation process and reconsideration of the need to open a new cell to accept waste prior to the final council decision on the future of the Levin landfill."

Moore said a worry remains that if the closure sticks, then the contractor, Midwest Disposals, which also runs Bonny Glen, will move on, leaving behind a big clean-up at Hokio.