Some judges have had pay hikes of almost 20 percent over the past 5 years, even though they are never given performance reviews. 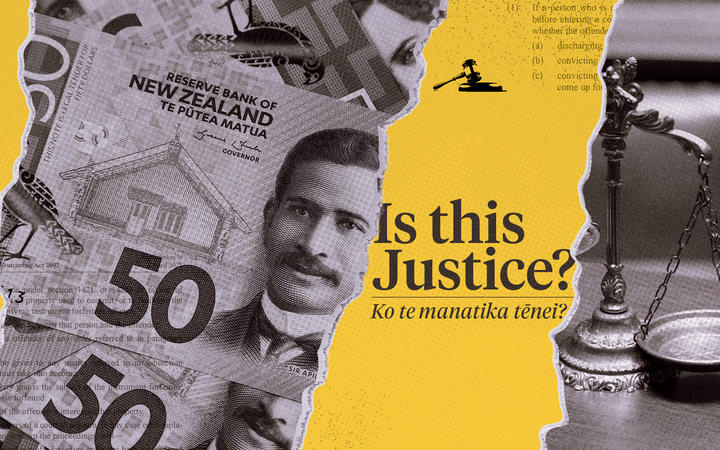 Associate High Court judges' salaries have increased 19.2 percent since 2016, to almost $400,000, though the average increase for all judges during that time was 8 percent.

There are now calls for more scrutiny amidst criticism that judges who behave badly are not being held to account by the current complaints system, and some could be appointed to the job for life without having to attend a formal interview. 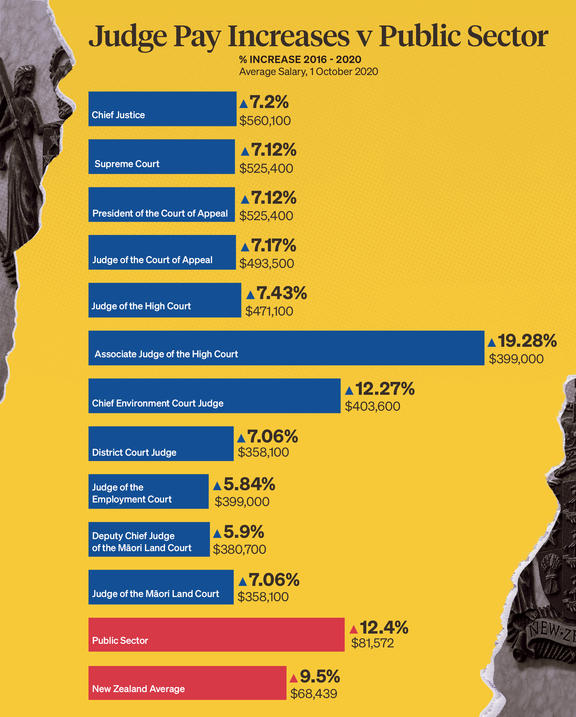 While it was crucial that judicial independence remained, Defence Lawyers Association co-founder Elizabeth Hall said there was currently no way of knowing if a judge was doing a good job.

"Judges guard their independence fiercely, as they should, but there's very little 360 feedback that a judge would get on not just their decision making, but how they treat people who are appearing in front of them and who are court users," Hall said.

"So it's really difficult, I think, to unpack whether it's the best people being appointed, or whether it's training and an education process that needs more attention."

Barrister Nick Chisnall agreed and said there appeared to be no repercussions for judges if they made mistakes. He often saw the same judges making the same kinds of mistakes and the ramifications could be costly.

"I'll give you an example. In 2018 to 2020 there was a series of cases where a judge materially misdirected the jury in a series of trials about the burden and standard of proof."

That resulted in about six appeals being allowed because the judge kept making the same mistake, despite the model directions being laid out in the judge's handbook, he said.

"So, what were the repercussions flowing from that repeated error? That's a significant cost - not just financially, but emotionally - when defendants and complainants have to go through another trial."

Chisnall never found out if the judge faced any consequences.

"There's a lot to be said for transparency. I don't for a moment suggest that our judiciary is defective - I think we have a dedicated and very well-qualified judiciary. But the fact is, we all make mistakes. And it's not about the fact you made a mistake, it's about ensuring it doesn't happen again."

Chisnall wanted to see greater transparency in how judicial mistakes were handled, and suggested there should be processes similar to those followed by professional bodies that oversee the registration of doctors, lawyers and teachers.

"Just like any other role, where you have a significant responsibility, there need to be transparent key performance requirements against which judges are held to account." 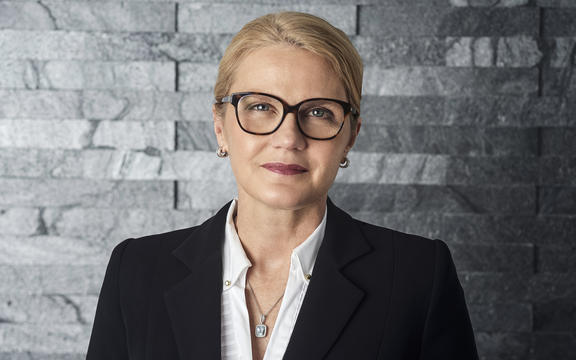 A third of all appeals lodged following District Court decisions to higher courts were successful in 2019/20. That dropped to 0.5 percent if all 12,499 matters disposed of during the period were taken into account, according to the court's annual report.

"Appeal is a major way in which we're held to account. If we're wrong in what we do, then we're corrected on appeal. It's a very public process and we just have to take it. It's part of being a judge," Justice Winkelmann said.

If a judge's decisions were frequently overturned then the Head of Bench may suggest extra training was needed. "That would be quite an unusual circumstance. But if it suggested that there was a gap in their knowledge, then we'd address that."

Judges did not have routine performance reviews to ensure they were doing a good job, she said.

"There's no formal performance appraisal, but we have a mentoring programme which provides the opportunity for their colleagues to talk to them about how things are going. That's more how we approach it."

The Head of Bench also provided pastoral support and all judges received ongoing education through the Institute of Judicial Studies, Justice Winkelmann said.

Criminal defence lawyer Marie Taylor Cyphers said the appeals process was effective but it did not always account for the "personality stuff" that could drive a judge's behaviour or performance in court.

She believed judicial candidates should undergo psychometric testing to ensure they had the right personalities to cope with the pressures of the role.

"You would in any other management role. We need to know what type of person you are, can you handle pressure? Are you going to get really aggressive … all that stuff's so important."

Judicial researcher Jessica Kerr said there was excellent work being done by the Institute of Judicial Studies for sitting judges, but she wanted to see greater emphasis on making sure future judges were specifically prepared for the role. 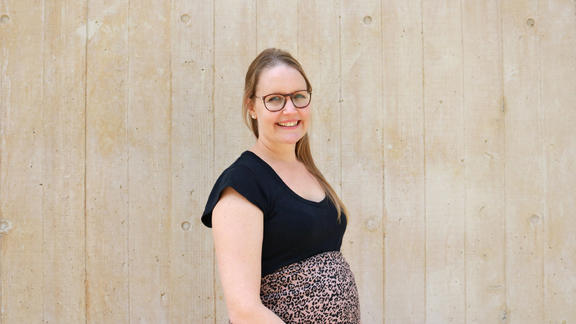 "Once you are appointed in New Zealand you have constitutionally protected independent status for life. You essentially cannot be fired and you are entitled to stay in judicial office until you retire," Kerr said.

"So if a mistake is made, in the course of appointment, that mistake is permanent. There is no provisional period, there's no probation, there's no chance to grow into the job," she said.

Kerr, a New Zealander and former magistrate who is completing a PhD on the judiciary at the University of Western Australia, said the lack of training given to New Zealand judges prior to their appointment was concerning.

"We do not give judges enough foundational professional training at the outset of their judicial careers.

"Although we're fortunate to have an incredibly competent judiciary, in general, I think that is almost more despite the system than because of it.

"And because of that, I think that it is fair to say that some judges do not have the full set of judicial competencies when they first take up judicial office. And that is no fault of their own.

"I'm not talking about any current or past judge in New Zealand, specifically. But if a person is plugged directly from one profession and put into another profession, it stands to reason that they may not be perfectly prepared for that new profession on the first day."

Judges' salaries have increased by an average of 8 percent since 2016, though some have received pay rises of nearly 20 percent.

Māori Land Court and District Court judges are the lowest paid, receiving annual salaries of $358,100, up 7 percent since 2016.

Associate Judges of the High Court received the biggest pay boost over the last five years, with salaries rising 19.2 percent to $399,000.

Between 2016 and 2020 public sector wages rose 12.4 percent and the average New Zealand wage increased 9.5 percent, according to Stats NZ figures.

Judges also have a generous pension scheme, with the government contributing $7.50 for every dollar a judge puts in. MPs received $2.50 from the public purse for every $1 they put in.

"In many parts of the world, they have a huge level of corruption in the judiciary. We don't want that, so we pay them well. And in New Zealand we also give them a generous superannuation so that there's no question of requiring bribes."

Judges are also compensated for not being able to return to practising law, Wilde said.

"For the higher benches they tend to recruit from amongst QCs and other really highly paid parts of the legal profession. So if you want to recruit them, you have to pay them, otherwise they might just stay in practice."

"They're essentially stepping onto the bench as a form of public service, partly because for so many senior lawyers it is a massive pay cut."