A tiny, jumping moth once feared to be extinct has been found in four new locations in Marlborough. 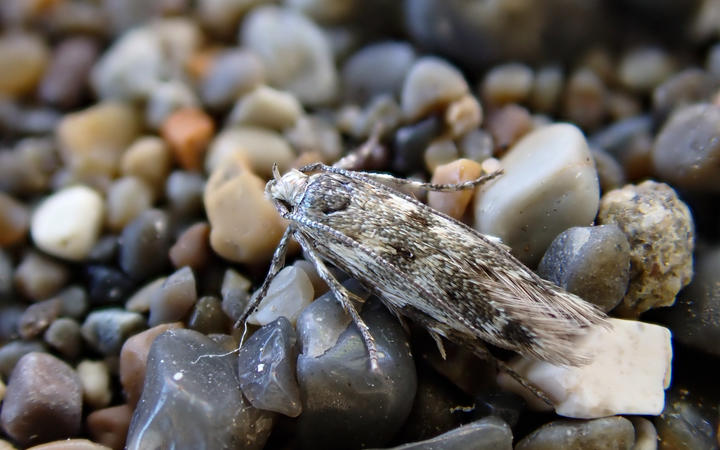 The Kiwaia, or Cloudy Bay moth, also known as a mat daisy jumper, is flightless and jumps to get around.

Department of Conservation (DOC) biodiversity ranger Simon Litchwark said there were concerns the moth, only thought to live at Rārangi, near Blenheim, had become extinct after none were found in three years of monitoring.

It lives on one plant species - Rauolia mat daisies - among gravel on the eastern Marlborough foreshore.

The moth was discovered in April 1999 during an invertebrate survey by entomologist John Dugdale.

But the moth was found during searches undertaken "on a hunch", further south between Cape Campbell and the Kekerengu River mouth earlier this year.

There were no moths found during searches in Cloudy Bay, indicating the species may have gone from the area. 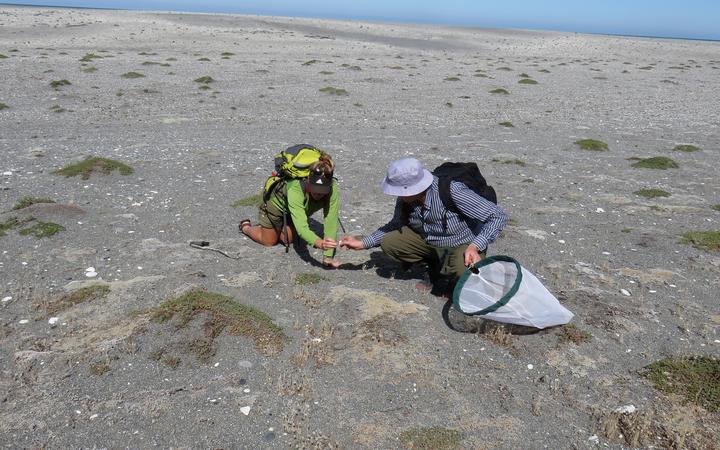 Litchwark said this was likely due to the considerable die-off of its host plant from drought and rabbit damage.

The remaining patches of mat daisies at Rārangi were in poor condition with very little new growth, so were unlikely to be able to maintain a stable Kiwaia moth population.

Potential predation of the moth's caterpillars by paper wasps could also be a cause of its rapid decline.

Further along the coast in areas uplifted in the 2016 Kaikōura earthquake, the Rauolia mat daisies are growing well.

The four new sites where the moth was discovered are on private and public land and DOC staff are talking with landowners about potential measures to protect and manage the moths.

The moth is between three to five millimetres long, so small it resembles grass seed. It has long legs that allow it to jump up to eight centimetres in the air and it will jump several times when disturbed, sometimes running for a short distance either before or after jumping.

The recent searches and research were carried out with funding from an additional $181.6 million in Budget 2018 for conservation initiatives over four years.

The research work included trialling control of paper wasps at Rārangi and two DOC rangers found and destroyed 70 paper wasp nests over three days on a 400-metre section of beachfront.

Options for controlling paper wasps at Rārangi are being considered to protect the other native moth species that live there, including the charismatic copper butterfly.