A homicide inquiry is under way after three people were found dead at a house in Timaru. 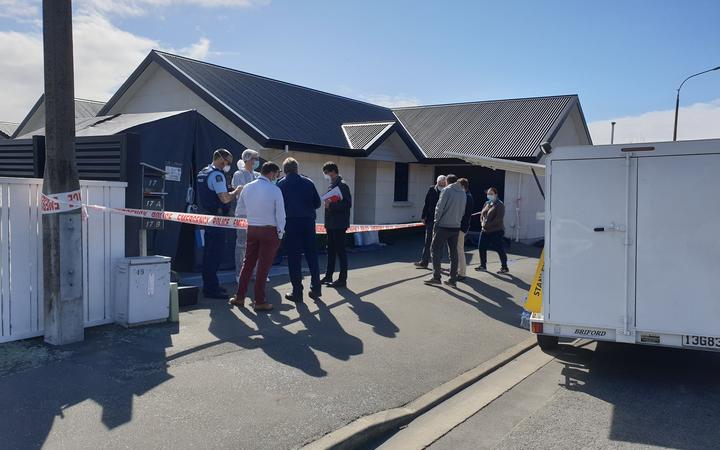 Police were called to the Queen Street house, in the suburb of Parkside, just after 10pm yesterday. Photo: RNZ/Tim Brown

Police were called to the Queen Street house, in the suburb of Parkside, just after 10pm yesterday.

One other person was taken to hospital.

Police said they were speaking to people living at the address and no-one else is being sought at this time.

ESR staff are at the house alongside police officers, carrying out a scene investigation.

The home is among a small group of flats close to Timaru Hospital.

Timaru Mayor Nigel Bowen said news of the three deaths felt like "layers of tragedy" so soon after the loss of five teenage boys in a car crash.

Last month five boys aged 15 and 16 died when the car they were in hit a power pole at an intersection in Washdyke.