Gales that ripped through the South Island overnight and this morning left a trail of damage, sparking fires, knocking down trees, and pushing over shelter belts.

The gales caused six fires, the first in Dunedin last night, followed by fires in Fairlie and then moving up the country along with the winds, with fires in Fairlie, Selwyn and North Canterbury.

The largest fire was in Glen Tui, about an hour out of Christchurch, where a fire took hold at around 5am. 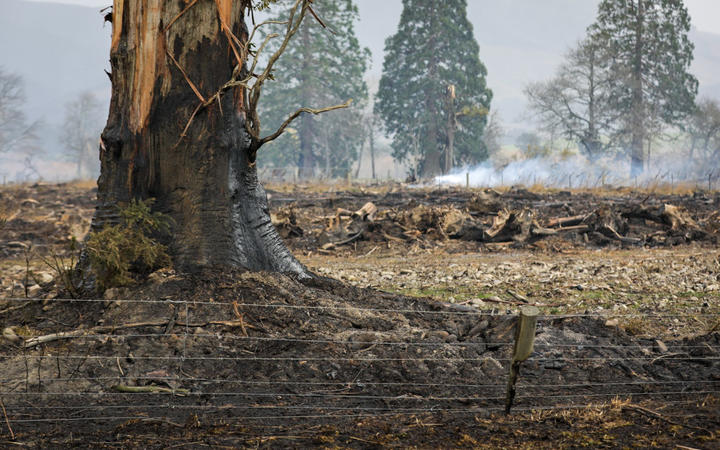 The fire was centred on the Birch Hill station, which is managed by Tony Kitto.

He said the wind the most intense he has experienced for many years.

The rattling windows woke him at about 5am, and he noticed a light out on the paddocks, which was the fire spreading fast, and called the emergency services.

"The fire brigade got it under control. They were amazing really, they got down here on the job and and pulled it back so that was good. But it's amazing how fast it can move when the winds behind it like that it's quite surprising. It went across this flat in literally five minutes, just away it went, there was no stopping it." 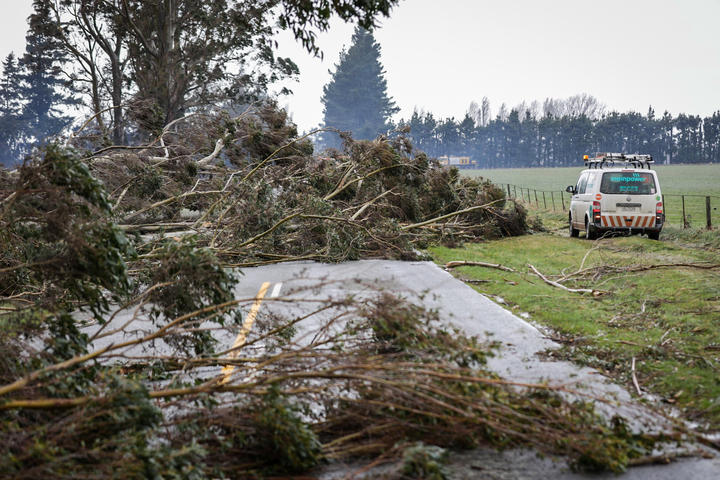 The fire burnt through about five hectares of land, but was under control by around 9am.

Mid-morning rain started to fall, and the winds started to ease, allowing most firefighters to leave, while some stayed on to keep an eye on any spots continuing to smoulder.

No live stock were lost in the fire, and some of the new born lambs took the chance to enjoy the warmth coming off from some of the hot spots.

Deputy Principal Rural Fire Office Richard Griffith said the most difficult aspects was getting access to the site in the morning with many roads blocked by downed trees.

"It's been relatively straightforward. Obviously there's a lot of wind to contend with. We had to be very careful of trees because the wind was blowing strong. So safety is quite important."

The severe winds largely eased in Canterbury by this afternoon but wind and rain warnings and watches remain in place for a number of areas, with Marlborough, Wellington and Wairarapa due to get the worst of it with the gusts of up to 130km/h.

This afternoon in Masterton a truck was pushed over by the winds, and in Wellington the urban motorway was partially blocked after a tree was blown over on to a lane.

The extreme winds also cut power to over 2000 homes in Canterbury, and lines company Orion said while it has restored power to 1300 customers, around 800 should expect they may be without power overnight.