Test results from 149 patients and staff at Middlemore Hospital have come back negative for Covid-19 after a man admitted at the weekend was found to have the virus. 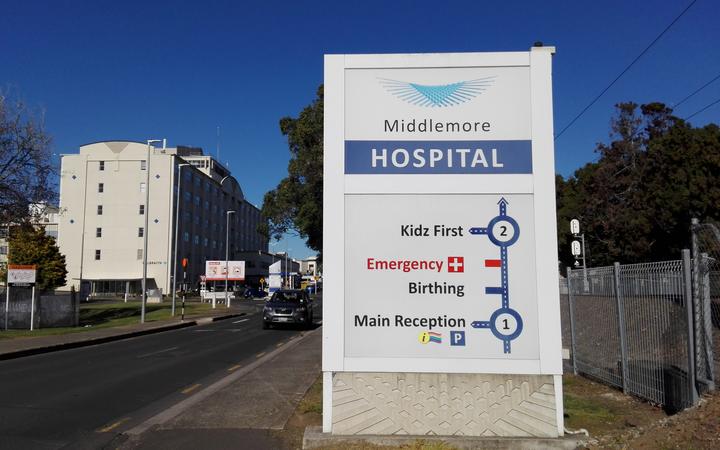 The day 3 test results include those of the three patients most at risk of contracting Covid-19.

The fellow patients spent hours in the small ward with the man, who was initially admitted to a part of the hospital for people with a low risk of Covid-19 but later found to have the coronavirus

"There's no suspicion of any cases as a consequence of what happened on Sunday," Counties Manukau Health chief medical officer Dr Pete Watson told Morning Report.

More than 80 patients and 29 staff were potentially exposed.

The tests were of patients in the hospital and staff who were at work, while people who had been discharged and required to be in isolation were being followed up by Auckland Regional Public Health, he said.

They will have day 5 tests tomorrow, day 12 tests, and daily symptom checks.

Watson said he was relieved the three patients in the same ward were negative.

That may have been helped by the room's airflow, with air exiting near the man's bed, and staff said the man was wearing a mask, Watson said.

Several of the man's family had tested positive.

Watson said he had apologised to the people who shared the ward.

"They were understandably anxious, upset, confused and wanted some explanation," he said.

One of four wards that were closed because of a risk of Covid-19 having spread through the ventilation have now reopened.

It was deemed "an extremely low risk," Watson said.

The other three wards would have their ventilation systems changed to allow less airflow between them and other parts of the hospital, he said.

Changes had been made to the hospital's Covid-19 screening to now include abdominal pain, which was the man's only symptom when he first arrived, Watson said.

"We moved very rapidly to ensure that from the time of potential exposure, that we not only identified patients but all of the staff potentially exposed," Watson told Morning Report.

"It takes 36 to 45 hours from the time of exposure to actually become infected and to therefore become infectious so we're really confident that we did everything within the timeframe to ensure that there was no further spread."

It was "business as usual in terms of level 4" at the hospital, which was redeploying staff to make sure everyone who needed to be in hospital was able to be treated.