The source of the current Covid-19 community outbreak is still a mystery after a "significant" investigation found the chance of transmission occurring through the public atrium of the Crowne Plaza was very small, says Covid-19 Response Minister Chris Hipkins.

There have been 15 new cases reported today.

Giving an update on the possibility of the current outbreak's link to the Crown Plaza MIQ facility in central Auckland, Hipkins said the facility had been the subject of extensive reviews.

"The exact chain of transmission from the MIQ returnee is not able to be determined."

Audits have confirmed that ventilation procedures at the Crowne Plaza meet the relevant infection prevention and control standards.

There was a less than 1 percent chance that it came via someone standing in the lobby, and there was no rationale for shutting the atrium, Hipkins said.

An Auckland Regional Public Health service investigation concluded that transmission to a member of the public walking through the atrium was "highly unlikely".

Hipkins said work had been done to seal the walkway from the Crowne Plaza hotel and changes had also been made to operating procedures.

The Crowne Plaza would reopen tomorrow as a managed isolation facility. 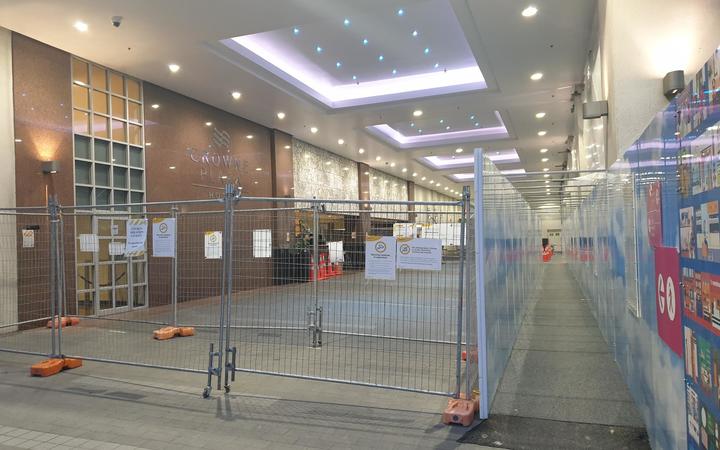 He also said the way arrivals are processed and how movement within the facility is managed was also being looked at, but the government was satisfied that the Crowne Plaza can accept returnees.

"The risk will never be zero but we are taking the word of the experts that it is negligible - the hotel has served us well.

"We do absolutely everything we can to remediate and remove any risk we can see."

Hipkins also said it was important for New Zealanders to record where they were going under alert level 2.

"It's businesses responsibility to keep and maintain records. Please make it easy for them."

Hipkins also said more than 4 million doses of the Covid-19 vaccine have been administered - a new milestone. That means 2.6 million New Zealanders have had their first dose, including 366,000 who had their shots over the last week, he says.

Auckland remains at alert level 4 lockdown while the rest of the country has moved to alert level 2 today, although there are some tougher restrictions, including increased mask use and compulsory scanning in response to the higher infection risk with the Delta variant.