There have been 28 new cases of Covid-19 reported in the community today. 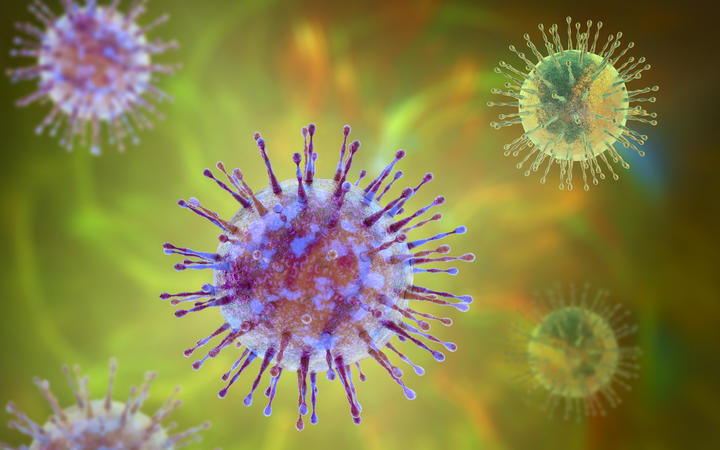 Director of Public Health Dr Caroline McElnay said the single case in Wellington is a close contact of an existing case and was already in MIQ.

The total number of cases in the current outbreak is now 764. Of those, 33 cases are recovered and there are 731 active cases.

There were 49 new community cases reported yesterday. Dr McElnay said while the drop in numbers were encouraging, the country needed to be cautious, particularly with the Delta variant's long tail.

There are now 43 people in hospital, all in the Auckland area. Of these, nine are in ICU and three of these patients are currently being ventilated.

McElnay said the number of unlinked cases has dropped to 31, and expected to drop further as the R number likely remains below 1.

Analysis of yesterday's cases shows 86 percent were contacts of known cases and 51 percent were household cases. Thirty-five percent were infectious in the community.

As of 11am today, 130 healthcare staff from across Aotearoa have been identified as able to assist with the Covid-19 response in Auckland.

McElnay said more than 89,000 vaccinations were delivered yesterday. About 64,000 were first doses.

More than 70 percent of New Zealanders 12 or over are booked in for a vaccination or have had one dose.

"As soon as we have got something to say about that we will."

Robertson said NZ was continuing to get deliveries of vaccine from Pfizer but to meet the demand more supply is needed.

As for Māori vaccination rates, significant work was underway to get Māori in for vaccinations, he said.

The government was "positive" about its discussions to secure more vaccines, he said.

As for businesses requiring staff to be vaccinated, Robertson said the first - and best - approach is educating and supporting employees around vaccinations.

The high rate of testing is giving authorities confidence they are finding any cases of Covid-19 in the community, McElnay said.

However, she said a drop-off in testing numbers is expected.

"We had a large number of tests that was being driven by the locations of interest and close contacts."

Further work is being done to figure out where testing needs to be targeted to ensure no cases are being missed, she said.

McElnay also said DHBs manage specifics of staff requirements but the Ministry of Health is aware of pressure on DHBs.