Every day, David Letele and the workers at his Brown Buttabean foodbank are run off their feet. From morning until well into the night, they're busy packing parcels by the hundreds to meet an unprecedented demand. 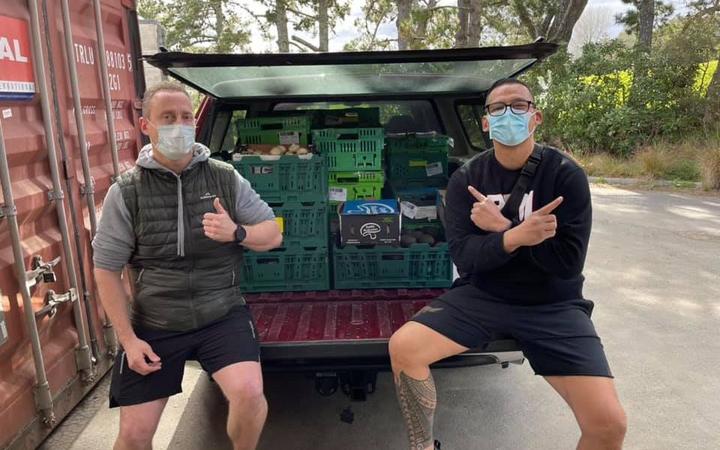 Letele's central Manukau foodbank is one of many across Auckland confronting a food crisis amidst a pandemic where vulnerable families are having to wait as long as a week for help.

They've been here before, Letele said, but this lockdown is worse than any previous ones.

"This one definitely seems, you know, it's a lot harder for families. The people we deal with are already living - never mind pay-cheque-to-pay-cheque - it's day-to-day," Letele said.

"Something like this throws a spanner in the works. People are just tired."

The Pacific community in Auckland is bearing the brunt of the current outbreak of the Delta variant of Covid-19. Hundreds of cases are here, as are many of the country's essential workers.

More than 1300 people have been forced to self-isolate and their work and income has suddenly stopped. Many are part of large families living in small homes, who are now running out of food and other basic supplies.

Since New Zealand plunged within hours into a level 4 lockdown a fortnight ago, Letele said he has seen need in the community creep up by the day. Last Friday, he posted a quick Facebook live video. By the evening, that post had garnered more than 200 emails to Brown Buttabean asking for help.

"Today we're putting together about 400 parcels. That will go out tomorrow and tomorrow we'll do the same again," he said.

"There is a backlog, but we're doing our best to make sure that everyone gets their meal parcels by the end of the week."

It's a pattern playing out across the city. Pasifika Futures and St Vincent de Paul have both seen a surge in demand since level four was announced.

She's working long days too, she said, phoning around trying to link people up with support.

"They ask for food parcels to be delivered or to be picked up straight away but because of the demand they wait for three days or even a week," she said.

"These are basic needs."

Pupuali'i said she was concerned the number of people they're helping could just be the tip of the iceberg, as many people did not know where to go. Directing people to the Covid-19 website or giving a television announcement was fine, she said, but many of the poorest did not have access to either. 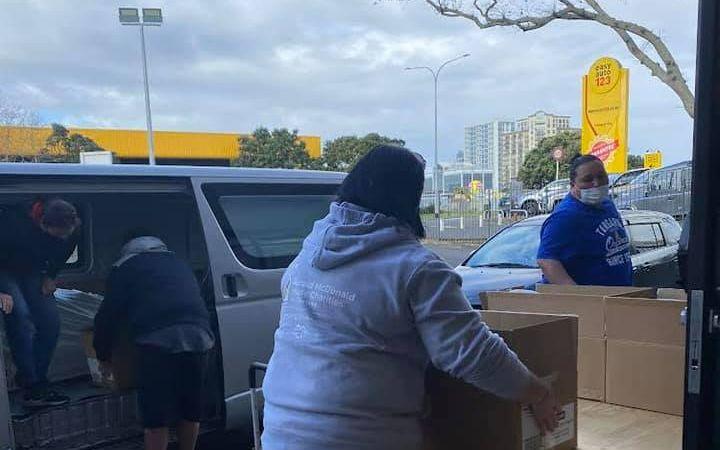 Workers at the Brown Buttabean foodbank have been packing 400 parcels a day. . Locals and businesses have donated their time, and plenty of food. Photo: David Letele

Reverend Jonathan Lefali-Pouli's phone has been ringing non-stop. He and a number of other local church leaders had formed a response group. Pooling resources to help, getting the message out there.

"Most of them, particularly the elderly people, they don't have access to wifi. Or even when they do, they're finding it difficult when they try and access information. We're trying to help out," he said.

In a statement, Social Development Minister Carmel Sepuloni acknowledged there were supply issues, but said she was keeping a close eye on demand.

"Compared to last year, the current outbreak and the Delta variant is a game-changer and has brought new challenges, including the large number of people who've become 'close contacts' and need to self-isolate," she said.

"Whole communities that would normally pull together and support each other are much less able to do so."

Sepuloni said an extra $7 million for food security networks operating in alert level four had just been announced, and "if more support is needed, we will certainly look into it."

She urged people to contact the Ministry of Social Development in the first instance, adding that there were freephone numbers and language support.

But Rufo Pupuali'i said that could be easier said than done. There were language barriers, pride, whakama, and sometimes visa issues. Agencies had to be more proactive in finding those who needed help.

"They don't know where to go, information needs to come to them using the Pasifika language mediums," she said.

Malia Tuai, a community advocate with the Red Cross, was working with the Meals on Wheels programme, as well as helping to find families, and translate information for them.

She said she too was seeing demand like never before in the community. But she was also seeing a community rally like no other.

"South Auckland does come together and does kind of just help each other and we've seen that. We've seen all these providers working hard to make sure that no family goes without," she said.

"However, we know there are some who've slipped through the gaps."

At Brown Buttabean's premises in Manukau, Dave Letele said he had seen a flood of support, too. Locals and businesses looking to donate their time, and plenty of food.

He had just had 13 pallets of food, nappies and baby formula dropped off. Others were donating mince, pallet loads of potatoes, and a mass of bananas.

"We're all in it together in South Auckland," Letele said. "We'll just be here as long as we have to be."

"There's no need to be embarrassed, this is hard for everyone. We're here to help."