A major government ministry has hauled back on extremely high rates of staff churn. 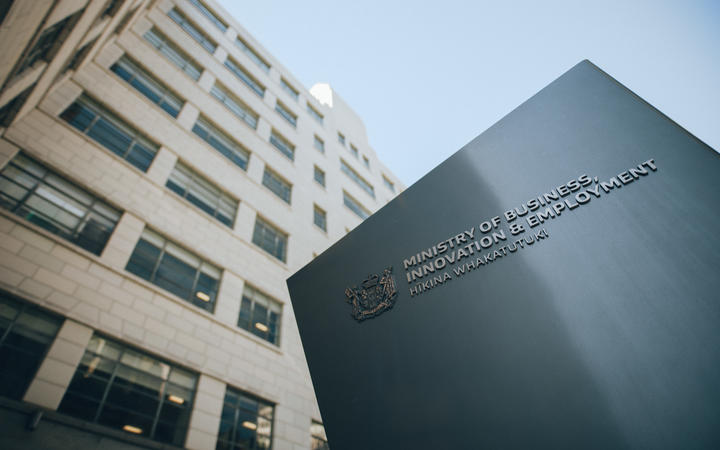 The Ministry of Business, Innovation and Employment has cut unplanned turnover of above 40 percent in one of its branches to just a quarter of that.

Four of its 10 units were running at around 20 percent or higher unplanned turnover just 18 months ago, but are now much lower, OIA figures show.

The worst was the troubled Building System Performance (45 percent unplanned turnover at March 2020) within the Building, Resources and Markets unit (27 percent), Strategic, Policy and Programmes (24 percent), and Labour, Science and Enterprise (22 percent).

These units are now at between nine and 15 percent - Building System Performance is down to just 10 percent.

Unplanned attrition is a better measure of if workers are happy.

"We do acknowledge there are some parts of MBIE show a higher turnover than other parts... of the public sector, but we are encouraged that overall ... turnover has been trending down over the last three years," the ministry told RNZ in a statement.

The ministry has not done a regulatory systems assessment for three years, but said it did not need to.

Its teams kept system resilience and performance "under constant review", it said.

A major overhaul of Building System Performance in 2017 did not stem attrition, which only went up.

Overall, the ministry has pegged unplanned turnover to nine percent, down from 12 percent in June last year.

Its new Managed Isolation and Quarantine unit is running at 12 percent.

The data appears to show 1500 unfilled positions at the 5200-strong ministry.

But it says that includes positions there is no confirmed budget for, and others not being recruited for - though it is not sure just what the correct figure of unfilled positions is.

"MBIE is currently working through a process to reconcile the actual number of vacancies confirmed via our budgeting process and to improve the accuracy of our reporting in this area."