An Afghan man who expected his wife and toddler to join him in New Zealand this month has spoken about the relief he felt on learning they were safely evacuated from Kabul. 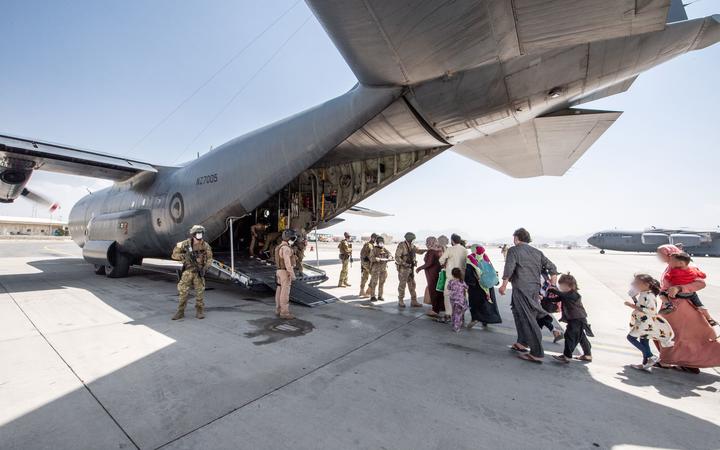 RNZ first spoke to Amin Bakhsh from his home in Auckland last week, when he feared for their lives.

They have since been airlifted to Dubai.

"I felt relieved because for the past week I could not sleep at all. At 2am in the morning I would wake up, jump out of my bed and then I received calls almost every hour. I was really happy when they arrived."

It comes as a second group of New Zealand evacuees has made it out of Kabul and are awaiting for a commercial flight home.

New Zealand is working with Australian Forces to repatriate at least 200 New Zealand citizens and Afghans who helped with Defence Force with its mission in Bamyan province.

Bakhsh kept in contact with his wife day after day and night after night as she tried to leave Kabul with their toddler. He hired an escort to help her get through the airport.

It was almost too much.

"She kept saying 'this is not possible I'm going back home whatever happens, it happens, it's better to die at home than out in the open'. She was devastated," he said.

"She was tired, she was all dusty and she never had experienced this in her life. I can't express her feelings to be honest I can't find the words."

They got through the airport in the afternoon then had to wait for a flight. He said New Zealand soldiers at the crowded evacuation centre offered her their jackets to keep her young son warm overnight as they slept out in the open.

"I was happy that they were safe and that they were taken care of. Some of the New Zealand forces had given them their jackets to cover him during the night, I was really touched by that." 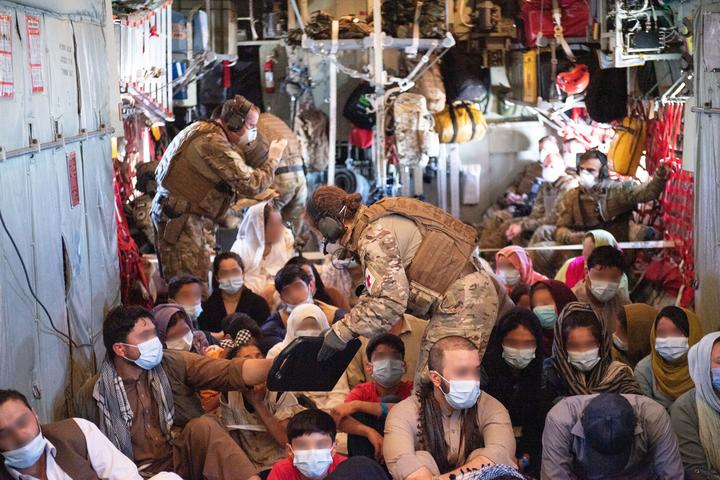 Others in the priority for evacuation are still waiting for visas to be approved.

Diamond Kazimi was an interpreter for the defence force, and now lives in Hamilton.

He's in contact with around 50 people he knows in Afghanistan, who worked for the Defence Force and are waiting for visas that Immigration New Zealand does not appear to be prioritising.

"We just feel completely shocked by the response," he said.

"They say 'oh look because of Covid-19 the applications are still in the queue and we cannot touch them due to this lockdown it's going to be further delayed'. They have no idea what's happening in Afghanistan basically it makes it sound like they're not paying attention."

He is also frustrated that New Zealand is taking hundreds of evacuees, while other countries take thousands.

"These are people that are interpreters, chefs, carpenters, engineers. These people, when they come to New Zealand, will be an asset, they'll be able to contribute to our New Zealand economy and be part of the community."

Auckland man Khairullah Azizi has twice been denied a partnership visa for his wife, who lives in Kabul.

They were married there in 2019 and planned to live in New Zealand the following year.

"I've been trying to get her over here because I knew something like this was going to happen. I had raised it to immigration previously as well, that there's conflict, there's Covid, there's kidnappings, there's bombings.

"They still didn't acknowledge all these dangers and still wanted me to go back and spend time with her."

She has recently been approved for a critical purpose visa and is now trying each to get through to the airport, escorted by two men in the family.

"She shakes at the thought of going again and again," Azizi said.

"She's very very scared and so I told her to just try her best and strive it out this last time and hopefully she can get through.

"This fourth plan is to go and sit there until the foreign forces let her through."

Khairullah Azizi is secretary of the Afghan Association and said he is contacted by people every day who are desperate to get their families to safety.

Prime Minister Jacinda Ardern has indicated the government will not be providing further information about the number of evacuees until the operation is complete.