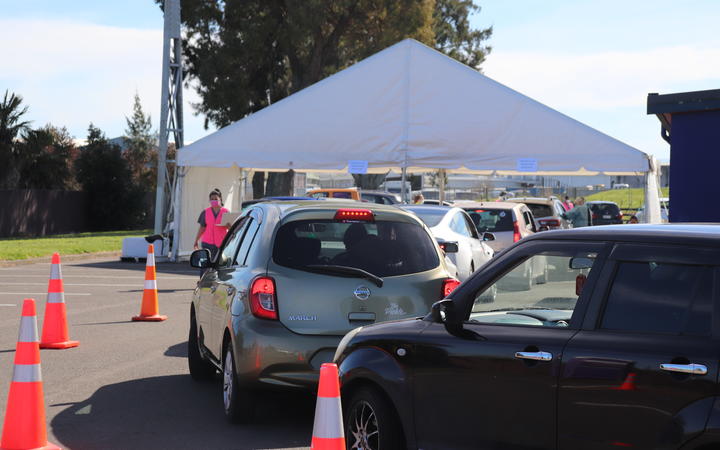 Cars line up as people wait to get vaccinated. Photo: RNZ / Tom Kitchin

But they just vaccinated more than 1200 people in three days.

Whānau waited in a line of cars, motors running, as they moved forward towards the vaccination tent.

Monique Heki was in one of them and was eager to get her second jab.

She liked the drive-through set up.

"I think that for whānau, especially to be able to come together, and not have to wait in a long line, you can stay in the comfort of your car, listen to your radio, charge your phones, make it as accessible for whānau as possible," she said.

Heki said Māori were worse off in pandemics, such as the Spanish Flu 100 years ago.

"Evidence tells us that Māori predominantly don't do well in situations like this, so the more we can proactively go out and do this for our whānau, for ourselves, the better we are for our whānau, hapū and iwi."

After her first vaccination she hardly felt a thing, so she felt confident driving up to the tent. 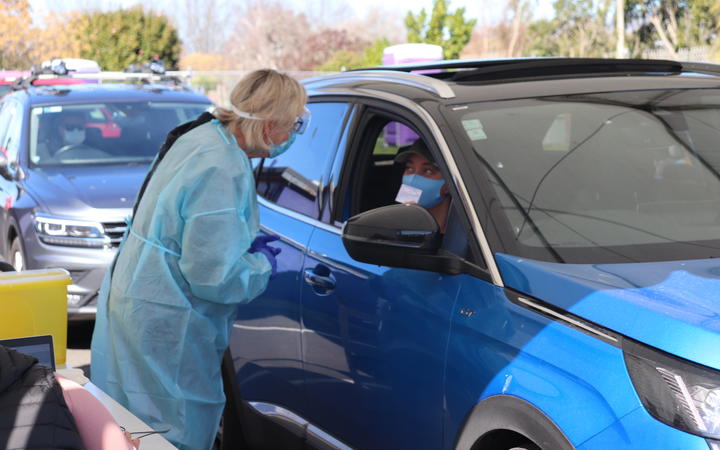 Monique Heki about to get her second Covid-19 vaccination from her car. Photo: RNZ / Tom Kitchin

"I had to ask [the nurse] 'are you sure it went in'? 'Cause it was just a little scratch, so it didn't hurt at all. In the evening there was a little bit of tenderness where the injection went in, there's been no problem."

Afterwards, she waited in observation for 15 minutes and nurses came by to check on her.

Jo and Hari were two nurses on the observation team and explained how it worked.

"We're typically just walking up and down rows of cars and just asking people if they are OK, just taking a look and checking if they're looking alright. Visually checking on everyone in every car."

Afterwards, Heki had no side effects.

She said it was good to see people out in droves too, even if they were masked up and socially distanced in their cars, part of the team of five million.

"This is demonstrating how we're all part of that team, so this is really awesome," she said.

"It's quite nice to come out, I must admit, I have been staying at home ever since we went into lockdown but nah, this is really positive."

And it was a stunning Hawke's Bay day too.

"It's beautiful, I do feel it's all good to see all the taiwhenua staff are wearing pōtae, hats, so that's awesome."

Te Taiwhenua o Heretaunga chief executive Waylyn Tahuri-Whaipakanga said they had to ramp up hugely to cope with demand.

"Prior to lockdown, we had planned to do 300 a week until Christmas on a Friday, just one clinic." 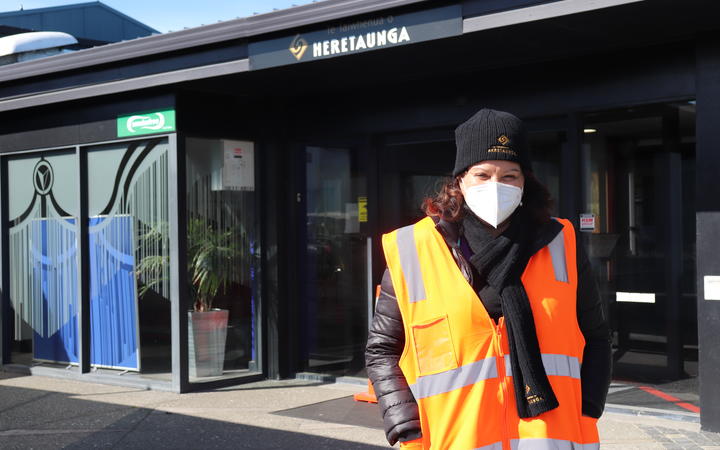 But now they had done more than 1000 in just three days.

"Today, there's about 300 booked, on Saturday there was 520 vaccines done and on Friday, would've been another about 400."

She said, to cope with the extra demand, other people in the organisation who could not work over lockdown came on board.

"A lot of kaimahi that are on this morning are from our drug treatment unit [at] Hawke's Bay Regional Prison. I can see when I walk around, I see a lot of them are from the drug treatment unit, so they get redeployed into this service 'cause this is our priority mahi today."