Workers at Veterans' Affairs have lodged official complaints that bullying is so bad they feel suicidal. 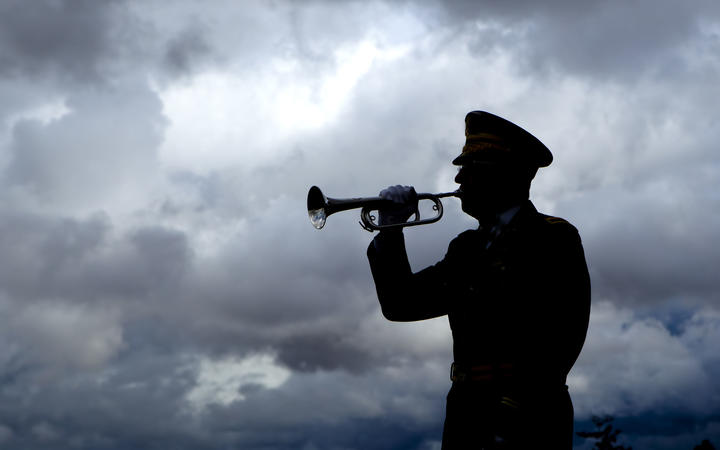 At least five complaints were made to workplace safety regulator WorkSafe as early as May.

It has not begun a formal investigation, but asked the Defence Force to review the "workplace culture" at its semi-autonomous, 80-person VA unit.

Defence says it will do this, "supported by the Veterans' Affairs leadership team" - even though that team is the subject of some of the complaints.

The Public Service Association questions why there is no independent investigation.

The PSA union says it knows of at least five workers who have quit over the bullying in the last year.

"They feared for their futures and their own state of mind and wellbeing ... people were fearful of going to the job," the Public Service Association union's Defence organiser Mark James said.

People dreaded coming to work for fear of intimidation and discrimination, which came to a head earlier this year over management's "extreme" reaction to a workplace gossiping incident, prompting the PSA to file personal grievance proceedings, James said.

'People are resigning even now'

After the complaints, WorkSafe alerted Defence in mid-June "concerning the leadership and bullying allegations".

Defence responded: "You also mentioned you had received multiple reports of suicidal thoughts from both complainants and witnessed in others by complainants.

"These further concerns are obviously serious and we recognise and want to support our people, however, so far no complaints have been received by NZDF."

Claims centre on a workplace culture that has been described by ex-workers as "incredibly toxic" since about 2019.

James said that "if anything it has got worse" since the complaints, despite Defence telling VA staff they were taking action.

"People are resigning ... even now, within the last month."

Defence asked WorkSafe in July to provide details so it could help, "in particular the employees who are at most risk".

WorkSafe told the complainants to contact a Defence Captain, so they would not have a fear of "retribution".

It is not known if complainants did this.

James said members had gone to WorkSafe because they feared retaliation if they had raised matters direct with the NZDF.

"They've seen others raising concerns and being dealt with inappropriately."

WorkSafe's official advice is that bullying investigations should be done by someone "unbiased and independent".

Asked about this by RNZ, Defence said it and VA had agreed to implement all of WorkSafe's requests.

"If WorkSafe believed that the matter necessitated a more urgent response or that their requests weren't being implemented appropriately, it would have expected WorkSafe to tell it," Defence said by email.

Defence did not respond to whether employee health and safety representatives are supporting staff.

James said he understood the Defence review constituted an investigation of management - but said this should be done independently.

Other government advice is that bullying investigations can be complex and when "there is a risk of a toxic work environment" organisations can opt to bring in an external investigator.

Three months on from the first complaint, WorkSafe says it is still engaged in "initial enquiries".

"This isn't a formal investigation at this stage and Veterans' Affairs has been cooperative," it told RNZ.

WorkSafe can investigate bullying, but has been struggling with the scope of the issue.

Documents show that last year, faced with a jump in bullying complaints, it was trying to get up to speed on bullying.

It had realised that its staff were "not adequately trained", and its investigations too "narrow". It was also struggling to assess, or triage, bullying complaints properly.

The PSA says that, in the current case, WorkSafe told the union it would review the bullying policies at VA.

"That is box ticking," James said.

No matter how good the policies looked, they clearly are not being followed, he said.

Defence told RNZ it would review bullying policy, worker engagement, representation and participation at its unit.

James said years of staff problems had culminated in an internal survey that revealed very low morale at Veterans' Affairs about a year ago.

Since then, things had degenerated, he claimed.

"Members have contacted us simply saying that they could not bear it anymore."

Defence's chief people officer Colonel Helen Cooper said the review would not impact on any of the services provided to veterans.

Veterans' Affairs overhauled its approach after a review in 2018 and law changes last year.

One of its four goals is "generating a sustainable workforce to deliver excellent client service".

WorkSafe in an additional statement said it was not the right agency to support workers who may be suicidal, and instead informed them about health providers who could help.

Its job was to review what an organisation did about bullying, not tell it what to do, WorkSafe said.

It was looking to see if Defence and Veterans' Affairs had the right systems in place, it said.

While it encouraged workers to raise health and safety concerns directly with managers, in this case it had "respected the wishes of those workers involved who have not wanted to raise issues internally".

WorkSafe has in the past year set up an internal mental health work team, and kaimahi hauora health inspectors.