A Rotorua couple in their 70s say they have been left confused and "angry" after being turned away from a second Covid-19 vaccination in Rotorua.

A couple were galled to be told they couldn't get their second Covid-19 vaccine, due to new staff training for the change in alert levels. Photo: AFP

Lakes DHB says the time was required to ensure the vaccination centres were safe to operate under level 4.

The husband and wife, who did not want to be named for medical privacy, are in Group 3, and were booked for their second Covid-19 vaccination on Wednesday this week.

Following the level 4 lockdown announcement, that booking was cancelled, which both accepted as reasonable.

In a press conference on Wednesday, Prime Minister Jacinda Ardern said the vaccination programme would resume "throughout New Zealand" from 8am on Thursday.

Feeling a sense of urgency due to the man's heart condition, the couple visited the Rotorua vaccination centre on Thursday in the hope they could receive the vaccination they were due on Wednesday.

The wife said they turned away, along with about six others.

Staff at the vaccination centre told those gathered the centre was closed due to PPE training.

"We've all been told over and over it's not if, it's when this [Delta outbreak] is going to happen, and suddenly they can't open the vaccination centres because they have to do PPE training. Why hadn't all of that been done a long long time ago?

"It just seems so ludicrous that after all this time they couldn't have had that all organised.

The wife had a friend who was vaccinated in Tauranga on Thursday and said Rotorua was "once again another backwater".

"You just feel like you do everything right, you do everything they ask you to do, and go along with everything, but then they don't reciprocate in telling you the truth or doing things right their side of it. [They're] certainly not communicating it very well. Every single time there's an excuse."

The couple rebooked via phone, and after explaining the husband's heart condition were placed on a priority list, meaning they would receive their vaccinations on 2 September.

The wife claimed if they hadn't been placed on the priority list they were told they would have been in line to receive their second injection in October.

"To get a new time is months down the track again, which seems so ridiculous. We would have liked it sooner.

When they've cancelled you out on one day it seems silly that you've got to be put back that amount of time."

"We were just really angry. The whole situation, I just thought it was a shambles."

She said her husband had a stent put in last year and his doctor was not happy with the sound of his heart and had referred him back to see a specialist at Waikato Hospital. 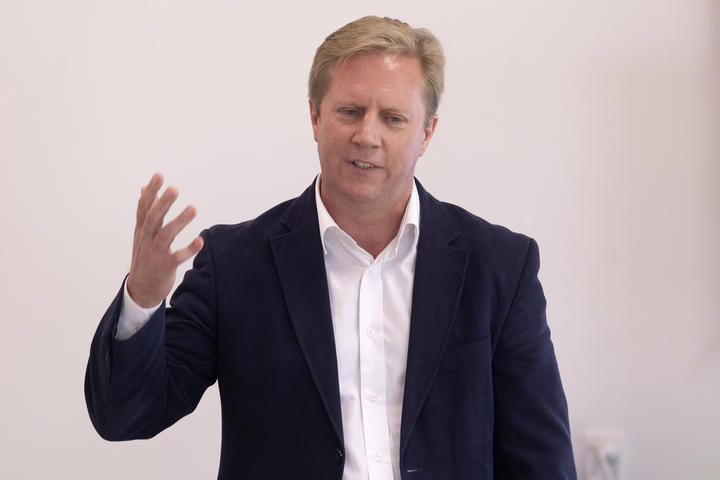 Rotorua MP Todd McClay said he was disappointed by the situation.

"The Government has known since the lockdown last year that Covid could get back in.

"I would have expected that everything needed to make sure people were safe and could get their vaccinations done would have been done including basic PPE training."

He called on the Government to "make sure that the people vaccinating in Rotorua are doing so safely and that everyone in Rotorua who wants a vaccination can get one quickly".

"It is the only way to make sure New Zealanders are safe."

He believed the prioritised two-week wait time for the couple's vaccination was not acceptable as one of them was "high risk".

"The messaging yesterday from the Prime Minister was that nobody would be turned away and that you didn't need an appointment, you could just show up."

He said there was "growing confusion" around vaccination availability and the Government needed to clarify it.

"Kiwis need to know they can all get their vaccinations and quickly, particularly those with health concerns and the elderly.

He said it would be too easy to shift the blame onto the district health board (DHB).

"It's them that I expect to make sure the that vaccination is working everywhere in the country when they say it is." 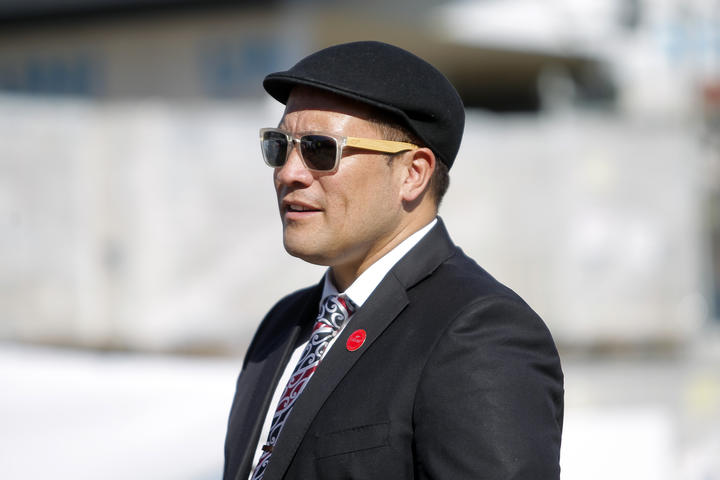 Labour list MP Tāmati Coffey, who is based in Rotorua, said he sympathised with the couple and noted "the anxiety that they no doubt had".

"Our Covid-19 centres are at the frontline of this crisis and our workers in those places need as much support as they can get.

"There seems to have been a series of unfortunate events, not helped by a national crisis which threw us into level 4 lockdown.

"Tensions are going to be high at this time and I'd encourage everyone to take a breath and trust in the system. Our frontline workers are doing their best and they won't always get it right, but we're all in this together."

"We couldn't do that at either of our centres for a number of reasons."

He said Lakes DHB vaccination centres had been operating under level 1 guidelines until now and many of its workforce had never worked in a health setting before, and therefore had never been trained in using advanced PPE.

"There is a strict procedure around that. These staff play a critical role, and include people at the front of the centre - such as security - and admin staff. We also went through health screening training as security and admin staff are the first people our consumers see."

Physical barriers also had to be erected which were not previously required, and workstations, front desks and vaccination areas needed to maintain a two-metre distancing rule, he said.

"Staff who are defined as vulnerable due to their age or other health conditions need to be re-deployed to work at this new level."

He said the vaccination centres in Rotorua and Taupō were closed on Thursday, but both re-opened on Friday.

The Ministry of Health and the Covid-19 Response Minister Chris Hipkins were approached for comment.

Group 3 includes those who are over 65, are eligible for a free flu vaccine, are pregnant, are disabled or caring for someone with a disability, are obese, have high blood pressure requiring two or medications, are an adult in prison, or are diagnosed with a severe mental illness.