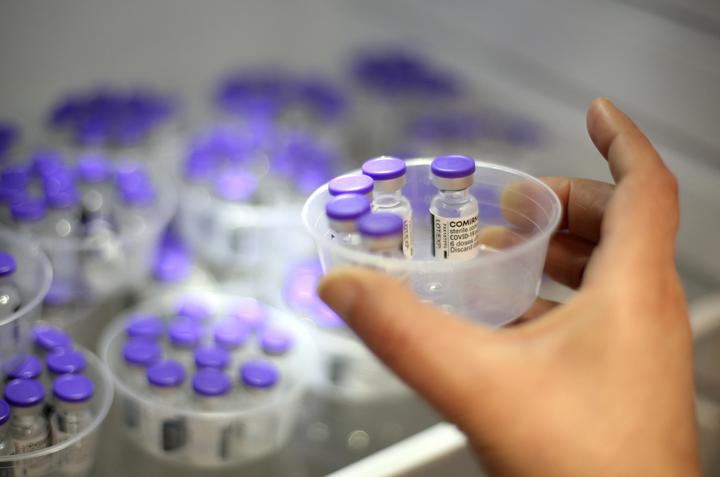 Cabinet has agreed to make the Pfizer vaccine available for 12-15 year olds from today.

This after Medsafe, following the lead of many of their overseas counterparts, gave it a provisional thumbs-up in June.

So, do parents have anything to worry about, over and above the usual concerns for anybody getting a jab? And how necessary is it for this group to be done now?

Dr Nikki Turner from the Immunisation Advisory Centre told Morning Report young people need to be vaccinated as the delta variant has seen an increase in infections in that age bracket around the world.

"This is the new delta virus it is so much more transmissable in younger people than previous ones so numbers of young people around the world getting sick have escalated so that really changes the face of it."

"They still don't get as severely sick as older people but what's happened with the delta variant is more people are getting sick so more of the younger population in all countries with delta variant are seeing large numbers of younger people.

"The more (young) people you see there will be a small proportion of them who end up in hospital so we are seeing more sick young people just in a numbers game."

Turner said while it is important to protect younger people with pre-exisiting health conditions the decision to rollout the vaccine to this younger age bracket will help protect people of all ages from the virus.

"Obviously there are some young people with severe medical conditions but we do worry and want to vaccinate all of our younger people and there are groups that are at higher risk.

"Vaccine doesn't stop the spread of the virus but it does definitely reduce the spread so firstly for the protection of our young people but also to support our whole community this is a good move," she said.

Turner said parents can reassure their children that the vaccine is safe and health authorities have done extensive research to ensure this.

"New Zealand authorities authorise vaccines after they're sure of the science both on its effectiveness and its safety, that this vaccine for 12-15-year-old people is acting very similiar to those aged 16-years and above."

Turner said it's important to keep in mind that many people have a fear of needles and parents should talk with their children to support them through this before the vaccination process.

The side-effects of the vaccine will not differ for younger people compared to other age groups, Turner said.

"The side effects are looking the same as in the wider cohort so the common side-effects are the same we're already seeing with sore arms, muscle aches, feverish tiredness.

"Then the very rare side effects as we know of is severe anaphylaxis, a very rare potential event a thing called myocarditis and these things are seen in the other age groups they're not seen more in this age group."

Although Turner admits the current vaccination system will not be able to reach enough people in the 12-15-year-old age bracket, she said school-based vaccination programmes are not on the cards as of yet.

"It won't get the reach we need, it's great to be able to take younger people and get the whole whanau vaccinated together that's a really positive move to try and protect the whole family.

"In terms of absolute numbers still we are focusing on the older age groups we're not expecting to run school-based programmes this year they take a lot of energy a lot of effort from the health services."

Turner does not expect to see school-based vaccination programmes come into play until next year, she hopes they will have received the scientific data by then that would allow them to vaccinate even younger children.

Immunologist Graham Le Gros said having New Zealand's young people vaccinated is vital protection for them, and their elders.

"It's these kids who meet their Grandparents and older people who are very vulnerable to the virus so having them vaccinated puts a ring of immune protection around our most vulnerable members.

"The sooner we can get these kids who are very active and move around the country a lot... we get them vaccinated it becomes a zone of protection, really important for our community."

Le Gros said with the Delta strain in the country, now's the time to get young people vaccinated.

"It's significant enough you don't want your teenage kids getting this virus we don't know where long covid actually is going to end up with some of these kids and some kids really don't do well.

"You don't want this virus so get a vaccine really it's much better than getting the infection."