The government has extended by 24 hours the time for people to return home on Air New Zealand flights or on the Interislander. 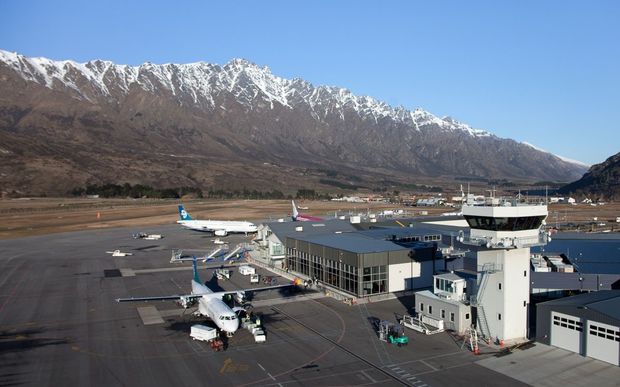 Air New Zealand wanted the government to extend the 48-hour deadline to allow people to return home, saying the pinch point is in Queenstown where hundreds of people are still waiting to get home.

The government's deadline for travel was due to expire at 11.59pm tonight. Prime Minister Jacinda Ardern announced in her press conference this afternoon that it would be extended by 24 hours for Interislander and Air NZ passengers.

"Now of course a number of those passengers have decided not to fly, we call those 'no-shows' and the reality is we moved many thousands yesterday, we've got 15,000 to move today and it would be fair to say quite a bit of that is people getting from the South Island back to the North Island, particularly Auckland, and Queenstown is probably the key pinch point at the moment."

Foran believes there are still about 600 people still looking to fly home from Queenstown although he said it can be difficult to give an exact number because people sometimes change their plans without informing the airline.

"We're having some discussions down with the government to see whether or not it's going to be possible to you know potentially fly some of those people back tomorrow, ideally it would only be essential workers but we're pretty sure that we've still got a few hundred people down in Queenstown that are keen to get back, but we're waiting to get some decisions out of Wellington as to whether that's going to be possible."

Foran said today they have put on three additional flights and upgraded planes from A320s to A321s which carry more passengers.

The airline will operate seven services from Queenstown either to Auckland or Wellington tomorrow with 700 additional seats.

He said Air New Zealand received as much notice of the lockdown as the general public.

"Obviously we've got to get all of those organised and get crew organised and we got as much notice of this as anyone else so the team have done a very good job of getting as much of that done as we can."

Foran said some people chose to go to either Invercargill or Christchurch and then make their way from their, so both those cities are also busy.

He said aside from Queenstown most New Zealanders seem to have managed to get to where they need to get to.

Foran said 4000-5000 people were scheduled to return from Queenstown between Wednesday morning or Tuesday night and Sunday.

"So what you're doing is you're concertinaing up a whole bunch of travel that people would've generally spread over a week to 48 hours."

Foran said he was relieved that the government has extended the grace period by an additional 24 hours.

"We said it on Tuesday, and we will say it again. Delivering Kiwis home safely during this period is our priority, so we are grateful that the government has allowed us to do just that.

"Yesterday we added four additional services out of Queenstown for today, and they sold out within minutes. Queenstown is a popular holiday destination, so it's no surprise to us that it's where the pressure is coming from."

The Interislander is will also put on additional sailings of the Aratere tonight and tomorrow.

"We expect demand for bookings to increase and there is limited time for people to get home, so it is crucial that only those who have a valid reason for travelling make bookings," Executive genernal manager Walter Rushbrooke said.

Yesterday it was announced that a woman in her 60s who is an Air New Zealand cabin crew member tested positive for Covid-19 but she has no known links to the existing cluster.

Foran said the woman was fully vaccinated and had just returned from Narita (in Japan) and her case was picked up as part of the normal testing process.

"They were what were call our red flights so staff are fully vaccinated, she'd been vaccinated, had both doses and hasn't been anywhere else [in recent times]."

Foran said Air New Zealand has been ensuring that all other crew that were on that flight are being tested.

This is an official COVID-19 ALERT.

All of New Zealand is now at Covid-19 alert level 4.

The alert level will be reviewed after 3 days for all areas EXCEPT Auckland & Coromandel Peninsula which is likely to remain at level 4 for an initial period of 7 days.

A community case of Covid-19 has been identified.

Stay at home where possible & follow the Alert Level 4 guidelines. This will stop the spread of COVID-19 and SAVE LIVES.

Everyone is asked to:

Wear a mask and keep a 2 metre distance from others whenever you leave your home.

Keep on scanning QR codes whenever you leave your home.

Services including supermarkets, pharmacies, clinics & petrol stations will stay open at Alert Level 4. Face coverings are mandatory for all people - both employees and customers - at businesses and services operating at Alert Level 4 involving customer contact.

For more information on Alert Level 4 go to [the government website www.covid19.govt.nz]

As New Zealand's Lifeline Utility radio broadcaster, RNZ is required to maintain essential public information channels and news during times of national emergency and we are committed to supporting all New Zealanders.

We are also committed to looking after the health and well-being of our staff.