The Reserve Bank has held the official cash rate at a record low 0.25 percent because of uncertainty caused by the re-emergence of Covid-19 in the community and the subsequent lockdown. 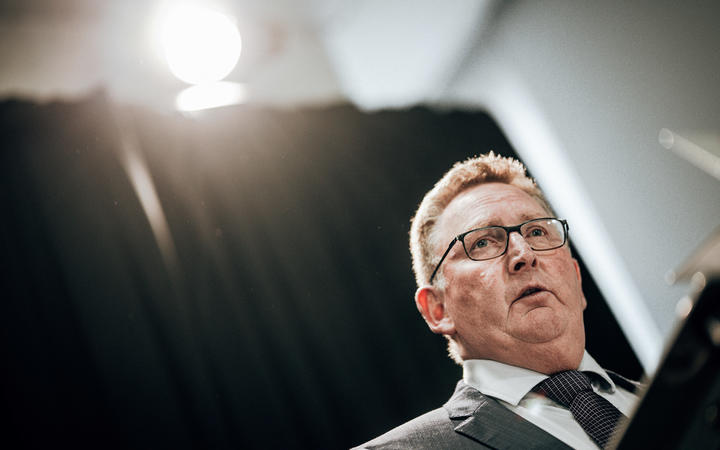 A rise to 0.5 percent had been regarded as a near certainty by most economists and financial markets before the latest outbreak because of strong inflation pressures, a hot housing market, and strong employment.

The RBNZ said given the uncertainty caused by the new outbreak justified leaving policy unchanged despite growing inflation pressures and the strong labour market.

"Persistent and elevated health risks are promoting ongoing global supply chain disruptions, and are acting to constrain productive capacity and prolong inflationary pressures. Today's re-introduction of Level 4 restrictions to activity across New Zealand is a stark example of how unpredictable and disruptive the virus is proving to be."

It also noted that house prices were also above their sustainable level, "heightening the risk of a price correction as supply increases".

It has signalled that it expected to raise rates in the future as conditions change.

The RBNZ Monetary Policy Committee said the economy needed less stimulus from low interest rates, but now was not the time to start tightening its policy.

"Today's decision was made in the context of the government's imposition of level 4 Covid restrictions on activity across New Zealand.

"They (the committee) agreed, however, to keep the OCR unchanged at this meeting given the heightened uncertainty with the country in a lockdown."

It said the economy was performing strongly and headline inflation was above its target zone, and while sustainable employment has been achieved, house prices were unsustainable.

"Capacity pressures are now evident in the economy, particularly in the labour market where job vacancies remain high despite the recent decline in unemployment and underemployment."

ASB chief economist Nick Tuffley, who changed his call of a rate rise at the 11th hour, said it was clear that the central bank would have raised rates but for the outbreak, and that would not dictate policy.

"The evolution of this outbreak will be a very important influence on the RBNZ's actions over the rest of this year. A prolonged lockdown means a greater likelihood of a much later (and potentially softer) tightening cycle."

He was loosely forecasting a rate rise in the OCR in October, November and February to 1 percent, with gradual rises over the next couple of years to around 2 percent in 2024.

The committee said loose money policy would have to come to an end at some stage.

"We anticipate that the OCR will eventually need to be raised to a level where it is neither stimulatory nor contractionary."

RBNZ forecasts pointed to at least one rate rise by the end of the year, with progressive rises through to about 2 percent by 2024.

The New Zealand dollar fell close to three quarters of a cent against the US dollar immediately after the statement, but then recovered most of its losses to settle about 69.2 US cents.