Scores of Auckland companies have been caught dumping contaminants down the drain, but none have been fined or prosecuted, Watercare data shows. 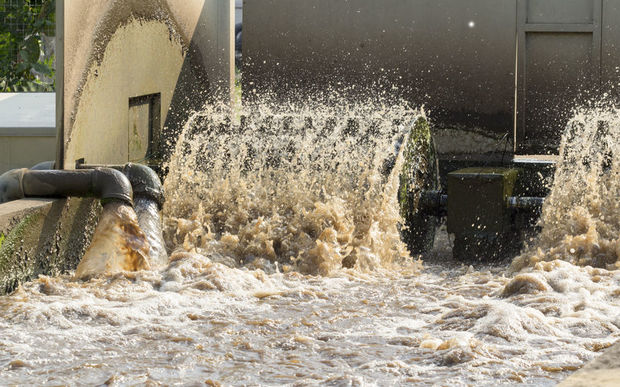 The figures, released after the Office of the Ombudsman launched an investigation following a complaint by RNZ, shows 139 unnamed companies breached their trade waste consents 474 times during 2020.

The Auckland Council-controlled Watercare, the country's biggest water network operator, initially refused to answer any questions about trade waste consents, citing privacy issues, as part of RNZ's investigation intocompanies caught dumping contaminants down the drain. The information was first requested in October 2020 and a complaint was laid to the Ombudsman in February.

Watercare is still refusing to name the companies, saying its privacy policy prevents it, but has voluntarily released non-compliance data to RNZ after the Ombudsman told the company last month it was launching an investigation into the matter.

More than half the breaches come from food manufacturing companies, with oil or grease-laden effluent accounting for 15 percent of all breaches. Effluent that was too acidic or alkaline was the most common offence, accounting for more than 35 percent of consent breaches.

Too much fat and oil being dumped down the drain can cause sewer blockages and damage wastewater treatment plants, while effluent with a high or low pH can mix with other contaminants causing dangerous gases as well as corrode public infrastructure.

All of the recorded breaches were minor in nature that had since been resolved or were in the process of being resolved, Watercare said in a statement.

Many of the breaches were due to wastewater pre-treatment systems not working effectively, the data showed, but Watercare said some of its customers were in the process of installing new systems to fix non-compliances.

None of these non-compliances have caused a negative impact on our network or treatment plants, it said.

Some of the breaches included a food manufacturer pouring ethanol down the drain due to poor housekeeping; large amounts of mercury and nickel being sent into sewers by dentists and metal coating companies because of faulty traps; and too much oil and grease discharged by one food company because staff were not following the rules.

This was well within the target of keeping the rate of non-compliance tests below 5 percent, and the non-compliance rate had kept stable despite more companies having trade waste consents, she said.

"When we do find an issue out there in industry, we work with the industry to correct it. I think with the cooperation between us and industry, gradually we are getting more and more cooperation from industry where they will come and tell us when they have a problem before we have even picked it up. So that's brilliant, because we are just working together," Smuts said.

Just over half of the tests were conducted by companies themselves, with the rest carried out by Watercare.

No company had been fined or prosecuted for trade waste breaches in the last 10 years, but non-compliance companies did have to pay for testing and site visits, Smuts said.

The Watercare data illustrated the extent of the problem and councils lack of ability to do anything of real consequence about it, Forest and Bird spokesperson Tom Kay said.

The fact that there's been no consequence for those companies in terms of fines or anything like that is somewhat concerning.

It was abysmal that it took a complaint to the Ombudsman to get this information from Watercare, Kay said.

"If it thinks that these are not considerable or significant breaches then why couldn't it have come out with that information sooner?

"It's time to stop breaking the rules; limits are limits whether they are discharges to a wastewater treatment plant or the environment."

"It's a simple, minor little change that could be fixed really quickly."

This compliance reporting is broad in scope and is intended to enable Taumata Arowai to shine a light on all aspects of the network performance of wastewater and stormwater systems.

It was always intended that this extended to breaches of trade waste bylaws and I am considering changes to the Bill to ensure that trade waste compliance falls within Taumata Arowai's annual report, to take the matter beyond doubt, Mahuta told RNZ.

Other changes to the Water Services Bill were also being mooted, including providing much stronger transparency and national-level regulation for trade waste through the new regulator.

These include national-level minimum infrastructure standards that extend to trade waste, to enable Taumata Arowai to ensure there is greater national consistency around trade waste bylaws, Mahuta said.

The council said it had reconsidered RNZ's information request from October 2020, after the Office of the Ombudsman notified the council in July it was investigating a complaint from RNZ over its original decision to not name the companies.

Some of the breaches included poultry breeder Aviagen discharging unpermitted solids to a sewer in 2019; oil and gas company Halliburton discharging too much zinc in 2020; and meat processor ANZCO dumping too much fat, oil and grease down the drain.

The council said it had issued one fine but did not prosecute any breaches.