Changes have been made at Auckland's Jet Park quarantine facility after the Delta variant of Covid-19 was transmitted when doors were simultaneously open for just seconds. 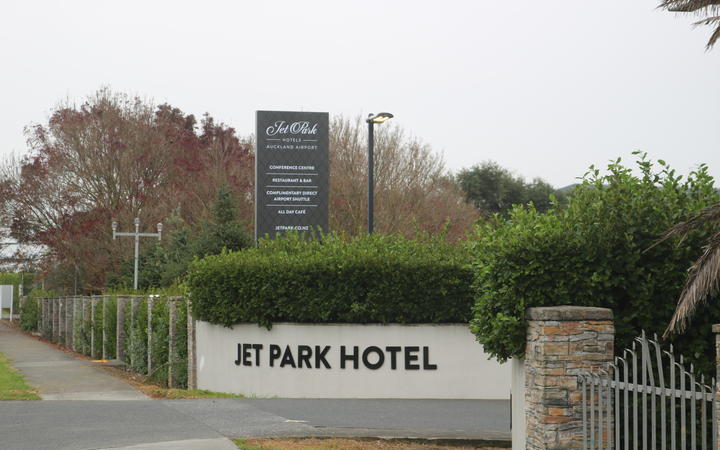 They were subsequently determined to have occurred due to in-facility transmission.

"The proximity in time and location when doors were open, and likely sharing of air that may have occurred, is considered the most likely explanation for this transmission.

"This is the first time we have seen something like this occur at the Jet Park quarantine facility," King said.

"As such, we've made immediate changes to meal delivery and health check procedures to help prevent future episodes of doors opening at the same time."

How the infections unfolded

A group of five was moved to Jet Park on 15 July after one of the group tested positive the day before.

A solo traveller was moved to Jet Park on 19 July after testing positive on a day one routine test on 17 July.

The group of five and the solo traveller were staying in rooms directly opposite each other.

Three more members of the group tested positive in late July. Genomic testing linked them to the person in the room opposite - not to the original case in their bubble.

All cases had the Delta variant.

The linked cases did not arrive from the same country, or share flights and they were staying in different managed isolation facilities prior to transfer to Jet Park.

CCTV footage confirmed that the solo traveller did not leave their room during their stay.

The investigation concluded that doors to rooms on opposite sides of the corridor were opened at the same time for 3-5 seconds on four occasions between 19 July and 27 July when the solo traveller would have been considered infectious. Three of the occasions were due to regular meal deliveries and one was a health check.

'No risk to public'

The investigation confirmed no other returning travellers would have been exposed and staff were wearing appropriate PPE at the time, Carr said.

"We're confident there was no risk to the public as a result of this."

"What this investigation has highlighted is how easily Covid-19 can be transmitted, even in tightly controlled environments."

King said there was no reason to believe procedures were not followed, but she had commissioned an operational assessment to check that the processes were followed and whether any changes were needed.