Transpower says power supply this morning remains tight but it is hopeful it will not need to ask lines companies to again reduce their load. 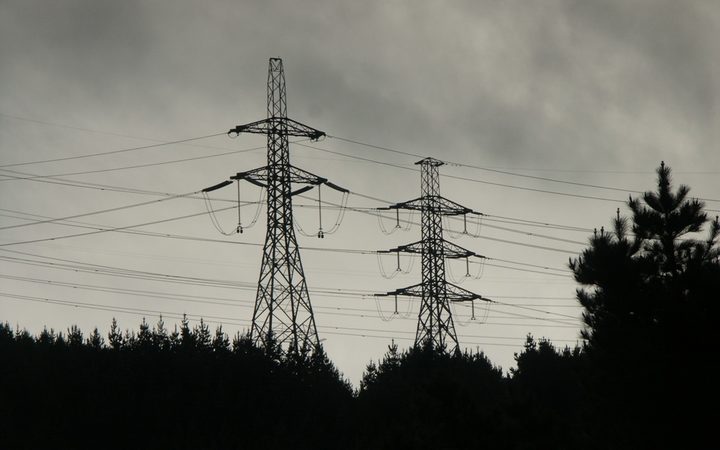 Electricity demand reached an all-time high last night and, combined with insufficient generation, it resulted in blackouts to some parts of the country as power distributors responded to Transpower's demand to reduce the burden on the national grid.

Transpower - which operates the grid - said "At the moment we have a very tight generation to demand mix this morning and we also we will manage that extremely carefully.

"At this point in time we haven't made any request in terms of reducing demand. We focus very much on ensuring that the lights are on and ensuring that we've got a very resilient and secure electricity system. It is not our intent to reduce demand and cut the lights out."

"There has been a warning out this morning in terms of making sure that generators are aware that we need sufficient generation to meet that demand."

Transpower general manager Stephen Jay spoke to Morning Report this morning and apologised to anyone who had a power cut on Monday.

"We predict where the forecast demand peaks are going to be the day before, and we knew that last evening peak was going to be an all-time high for New Zealand," Jay said.

"Let me explain how the system works... We have peaks [of demand] in the system both in the morning and in the evening, and Transpower has a very important role to play in terms of asking the generation companies to offer their generation in and we then coordinate which generation then runs to allow us to meet the peak in the evening.

"That's done in real time, and that allows us to ensure that electricity arrives at peoples' houses and businesses.

"So we put out a forecast in the morning in terms of what the evening peak would be. That allows generators to work out what offers to put in of their generation to meet that peak.

The number of people affected was under investigation, Jay said.

"We request demand response out to distribution businesses - the lines companies around cities and around the countryside, which then provide power."

The warning notice went out to all generators.

"We requested a demand response from all of the distribution business.

"Distribution businesses have many different means of controlling demand on the system and many would have just pulled hot water, which most mums and dads at home wouldn't have noticed.

"Unfortunately, the quantity of hot water didn't allow to do that in some instances, and that then resulted in the lights out - and again, I apologise for that.

It was a rare event, the kinds of which did not occur very often, he said.

"There's very clear procedures within the industry in the market in terms of our response for that, to ensure that the rest of New Zealand and the whole of New Zealand has a stable system." 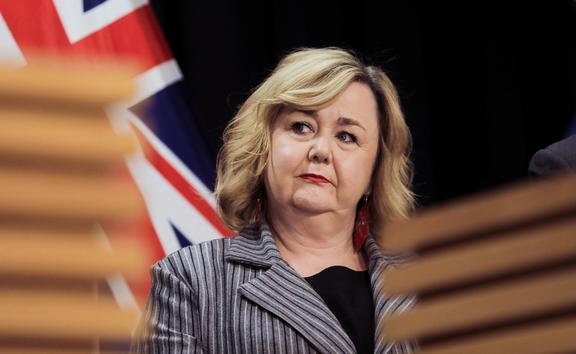 She told media afterwards that last night was "New Zealand's highest ever peak in terms of demand for electricity, in terms of 7100 megawatts. Normal winter peak we would expect on a very cold winter's night to be around 6500 to 6700 megawatts.

"Nevertheless, New Zealanders have a right to expect that on a very cold night the power will stay on ... so I have asked a series of questions ... and I will be able to provided updates throughout the day as we get updates."

She had asked for assurances that generators were operating at capacity and assurances about what would happen on Tuesday evening.

"The questions that I'd like some immediate answers to is why it was that the link between the North and South Islands - the HDVC cable - was only operating at 50 percent capacity - there was some spare capacity in that cable for the transfer of more power between the South and the North Island.

"There are some other questions like for example that Genesis did not bring on the third Rankine at Huntly and why it was that did not occur. Also that we know within the system, for example, where some of the failures happened - that there was a forecast that there was going to be more wind generation but it was stiller than was expected."

She also wanted the communication of power outages with the public investigated.

"In terms of the steps forward ... I have asked the the Ministry of Business, Innovation and Employment to stand up a bit of a co-ordination team ... and centralise a lot of the questions."

Call for an independent review

He also believed there needed to be an independent review into the situation.

"We are all scrambling around trying to understand what happened and why it happened, because the electricity system is very complex. There are a lot of things that plug into it and a lot of things that come out of it ... but clearly there was a massive load. Why wasn't there enough generation? That's a really good question and with an independent review, that's a key question.

"There should be enough generation."

In a statement, Genesis Energy said: "Yesterday's market conditions were highly unusual and the product of a number of factors that coincided with a significant spike in peak evening electricity demand due to the cold snap being experienced across the country.

"Adverse weather conditions reduced our North Island generation capacity at both Tokaanu, where gale force winds earlier in the day pushed weed into the intake, and then a sudden decline in wind in the evening that affected central North Island wind generation - including Waipipi wind farm. As weather conditions improve we expect the issues Tokaanu to be resolved and demand to fall to more normal levels.

"Available capacity at Huntly was in the market. There was no third Rankine operating as there was sufficient generation capacity available to the market prior to the loss of generation at Tokaanu and sudden decline in wind generation that coincided with peak demand.

"A Rankine unit takes several hours to become operational and would not have met demand in the circumstances during last night's peak."