The Defence Ministry is years overdue for a legally-required audit of how the military is controlling dangerous materials such as rocket fuel and tonnes of old ammunition. 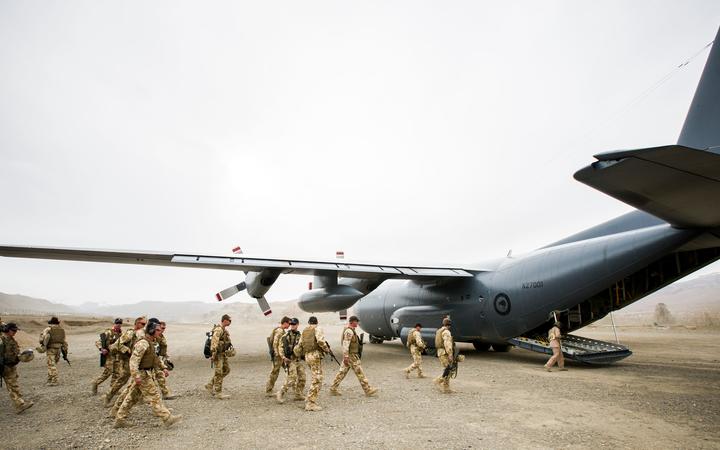 In the seven years since 2014 it has done just one audit of the controls, with just a single briefing to the minister.

When it tried to do a new audit last year, law changes tripped it up.

The last audit in 2016 found shortcomings and shortcuts that had to be fixed, such as staff not tracking some of the most highly hazardous substances, and risk management that was "poor" or ignored.

The five-year gap in audits coincides with revelations about contamination around bases with heavy metals, so-called 'forever' chemicals linked to cancer, and investigations costing taxpayers millions of dollars.

"It became apparent to the ministry when undertaking preliminary work to conduct an audit in 2019 that the new legal framework ... governing the audit function was unclear, with different standards applying under the two regimes."

The ministry suggests it will restart the auditing soon - but not how it will get around the legal limbo.

It says the government had agreed its focus should be on a review of the Defence Force (NZDF) resulting from the Operation Burnham inquiry.

At any rate, the ministry considers it has met its statutory obligation: "There is no stipulated timeframe or frequency for the audit set in legislation," it said.

Through all of this, just a single briefing has gone to the Defence Minister, in 2019, detailing the audit that did not subsequently happen.

Blowing up and burning

NZDF stores and uses weapons and other systems containing toxic materials such as lead, titanium tetrachloride and Otto rocket fuel that can be deadly if inhaled.

Troops explode tonnes of ordnance past its best-buy in pits dug in the sand, or burn it.

Not just NZDF's own - it also destroys tonnes of old ammunition from civilians. It just bought two new furnaces to replace polluting old ones.

The military largely sets its own controls around this, and scores itself on how it is doing, with patchy results.

"The Defence Code has system-level controls that are 'designed-in', such as risk management, controls on hazardous lifecycles, audit and assessment and emergency response," the 2016 audit said.

"We found that the quality of these system-level controls is in some cases poor and in other cases the systems are not followed."

Defence is exempt from many of the hazardous substances laws that apply to everyone else.

It has its own Code of Practice that is meant to align with the laws - but the 2016 audit found it wanting, and said the Code required regular updating.

The five-year audit-free period coincides with some major developments:

Reports seven years ago showed significant risks at one disposal site, and made 21 recommendations to address a lack of controls, inadequate PPE, and no medical monitoring for disposal operators.

The 2016 audit, which is posted on the ministry's website, gave Defence an overall pass mark, but found gaps in the Code of Practice.

Confusion over who should do what, "if left unchecked ... could lead further to loss of operational capability or harm to personnel", it said.

Emergency response planning and training was "poor across all services".

Highly hazardous materials were not tracked in the way required of civilian contractors.

It described a system that relies mostly on Defence assessing itself - the quality of this varies "considerably".

The Environmental Protection Authority (EPA) sets the bar Defence is meant to reach, but cannot do much else: In the face of the legal exemptions Defence has, all EPA can do is initiate a district court inquiry.

Other controls depend on regional councils monitoring and enforcing consent conditions around NZDF discharges.

Read the briefing to the minister about the 2019 audit that did not happen: