A man who was abused by a Catholic priest at school in the 1990s says it came as a real shock to him. 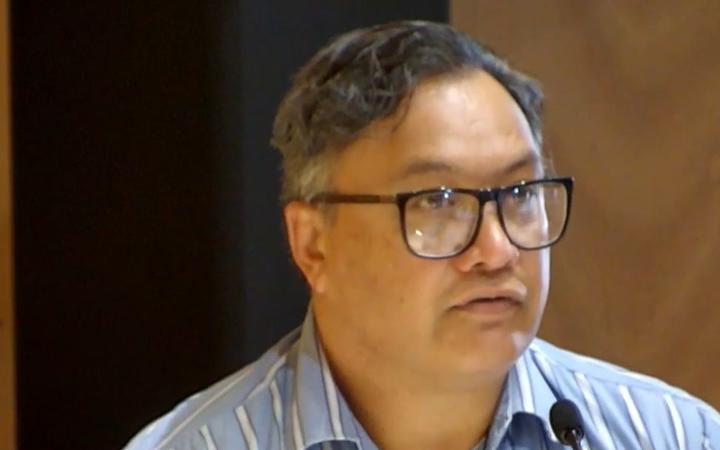 Rupene Amato, who was born in 1972, has given evidence to the Royal Commission into Abuse in Care's Pacific inquiry.

His father is Samoan and his mother is Māori (Ngāti Kahungunu, Te Aitanga a Māhaki and Ngāti Makoro (hapū).

He was sent to a Catholic school at 11 and was abused by a newly arrived priest in Wairoa.

Amato said the abuse started under the guise of sex education.

''It felt wrong, but when you are a kid it's just a shock, you don't know what to do. You are stuck in this house. You believed this is a leader, and so it was just devastating have that being done to me.''

He said the priest had easy access to the children and he would use confession to abuse him. He soon found out others as well.

Amato said at interval one day at school a group of children were sitting around talking and the subject of the priest came up.

''One of the girls mentioned that the priest had tried to stroke her breasts and that she had hit his hand away.

''Another kid said this is what the priest had done to me, then another one. There would have been at least 12 of us sitting around and we had all experienced something similar.''

He said they were able to talk about it and realise that it was happening.

''We decided as kids that it was wrong. Somebody needed to know and we all agreed we would tell our parents. ''

A group of parents then spoke to the school and then the priest just disappeared overnight.

''We never saw him, didn't know what happened. It was just weird. He was there one day and we saw him and then our parents were told and he was just gone.''

Amato said he is sure had the priest not left the school, much worse would have happened to the children.

''Looking back, it was like he was grooming us children by weeding out the ones who were strong and praying on those who were weak.''

He said they lived in a poor town and were more vulnerable to abuse.

''Later in life I am glad the truth came out when it did and that no further abuse occurred at the school.''

He said at no stage did the school or the church make any contact with him or the others.

''It was quite weird to be honest. It was almost like a fog of uncertainty that fell on us as children and the school. There was no communication with us, or support, or questions or any interviews. I was just left hanging.''

To this day he does not know what became of the priest or if he went to another parish.

''I hope my story helps all those kids I went to school with, so that they might get out stories told and that something needs to be done and that we learn from this.''

Amato later went on to volunteer on the board for Male Survivors of Sexual Abuse in Waikato.

''As a survivor I felt that it was integral that information, education and support be available to other survivors who may not be able to access information on this topic. Serving others was also a good way for me to work through any remaining trauma that I had from my own experiences.''

He said he had come to learn there is a lot of power in sharing a story particularly for those who are survivors of sexual abuse who feel that they are alone.

"It would be great if it were normalised to have someone like myself or other survivors who work in these fields to go into schools to share their experience and inform children and young people of the supports that are available.''

He said the systems and supports that are set up to help young survivors need to be well thought out and in touch with the reality of children at schools.

Amato believes there should have been further consequences for the priest.

''He should have been prosecuted for what he did. If not, something else to hold him accountable and to prevent him from moving on somewhere else and continuing the cycle of abuse.''

He said in order for children within the Catholic Church to feel comfortable about disclosing any type of abuse, there needs to be a neutral person that children can talk to.

''This person would not be part of the Catholic Church or Catholic school. The children and parents should be made aware that there is an independent person they could talk to.

''The trust which children have in this person is the key, as children won't speak unless they can trust that the person will help them and is able to do something about the situation.''