A 2000 home development proposed for a picturesque part of Queenstown is upsetting locals who want it moved elsewhere. 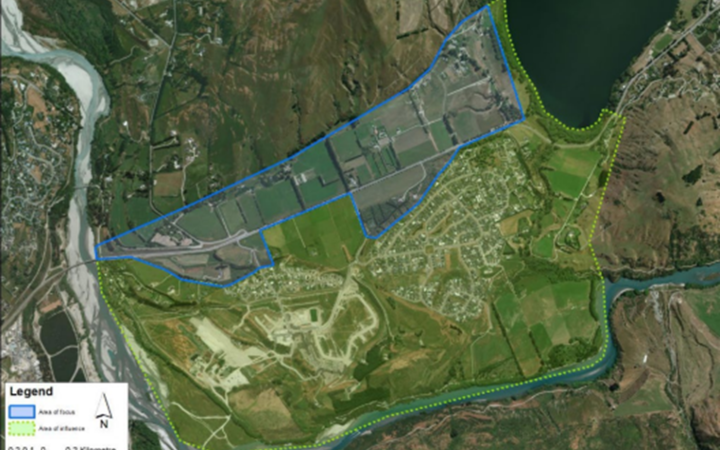 But community's pushing back, with some fearing it'll worsen heaving traffic jams.

Queenstown councillors will today decide between two options - to keep working on a Council-led approach at a lower density of development - or halt work altogether while they try to solve the traffic problem.

It's been called the "Adventure Capital of the World", but some residents say rush-hour traffic can crawl at a snail's pace.

"We have tailback right along the whole of Ladies Mile, which anyone travelling through the area will be aware of," she said.

"What people don't see is what's happening down inside Lake Hayes Estate and Shotover Country - we've got 4,500 residents there, so a large residential population.

"When we have issues on Ladies Mile, we can't get out."

If there's a crash on the road or snow falls, Golden said it can take up to two hours just to get through.

And it's on Ladies Mile, bustling with bumper to bumper traffic, the Queenstown Council plans to build 2,400 high density dwellings.

And possibly a school, playing fields and retail buildings.

But the locals aren't on board.

"Eighty-six percent of people who made submissions oppose some element of the master plan," he said.

"The major issue has always been the traffic. We've always known that, even without the development of Te Pūtahi (Ladies Mile), there has been increasing traffic congestion."

He said details around the height, density and number of residential units still need to be worked through, as well as stormwater management.

Avery said the area's a rare find and will likely be developed at some stage.

He said rural land in the region with no hazards or natural features is sought after for housing developments.

When the development's schools and shops are built, people would be less likely to hop in their cars and add to the traffic, he said.

Resident Stuart Victors said if the development goes ahead without an infrastructure re-think, clogged roads could slow down emergency services.

"How does an ambulance fire services get from Frankton out to the Lake Hayes' side of the bridge?

"Otherwise, they'd have to go through Queenstown, to Arthurs Point and then over to Lake Hayes - that's going to take about 40 minutes for someone that's in trouble.

"I think that's way too long to wait," he said.

Golden said a lot more work needed to be done just to ease the pressure for current residents.

"Until we can get some we can get some transport solutions in place for the existing community and the people that are travelling through the Mile before we put any more pressure on to that road."