A community in Porirua is fighting back against proposals which would allow the city's wastewater treatment plant to dispose of both treated and untreated sewage into the sea. 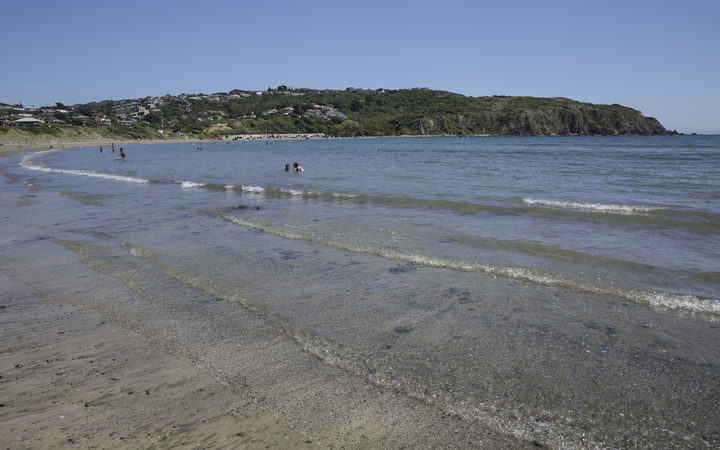 Wellington Water, on behalf of the Porirua City Council, put in its application for the resource consent in May, after their last one expired.

The application asks for consent to discharge "fully treated and disinfected wastewater" into the sea, as well as for the intermittent discharge of "partially treated wastewater ... [which] occur when heavy rain significantly increases the volume of wastewater in the system, beyond the capacity of the treatment plant."

If consent was granted, it would be applicable for 20 years.

But the entire application has been described as "a licence to pollute" by one group in Titahi Bay, where the treatment plant is located.

Michelle Laurenson is a community activist and member of Your Bay Your Say, which was set up in 2019 following an event which saw 1000 cubic metres of raw sewage emitted from the plant.

Discharges of non-treated wastewater - while not on the same scale - have still been happening, and happening regularly.

"In the treatment plant, we had about 10 of those between September and December [2020], and that was because we had such high rainfall and heavy rainfall events," Laurenson said.

"We've had the same thing happen in the months of March, June and July [2021], because of the frequency of these heavy rain events."

The cause of the overflows is the current treatment plant's capacity, which gets overwhelmed in heavy rainfall events.

Wellington Water's chief wastewater advisor, Steve Hutchison, explained that such events would not happen past 2023.

"We've got two upgrades underway - the first is the Ultraviolet disinfection [upgrade] which is the last step in the treatment process.

"The second upgrade we've got underway is a capacity upgrade of the treatment plant, which is currently in its design phase and is due to be completed by 2023."

But Laurenson was sceptical the second upgrade would be built on time. She said it was initially due to be completed before 2020, and she did not believe it would be completed by 2023.

"What is worrying us is we know the treatment plant is not fit-for-purpose. We know it is struggling to treat a higher population than what it was designed to treat.

"They're not doing anything in this 20-year consent that they're proposing, to try to have a better way of treating the sewage like having bigger aeration ponds or putting in [the] stage 2 treatment plant.

"It's just frightening to think they can put forward a consent which is supposed to protect the environment when all they're doing is setting out conditions which are literally a license to pollute."

Hutchison rejected the accusation, and said their consent application was based on months of research and investigation.

"The consent application has been through a rigorous process of scientific studies to assess the effects.

"The real balance here in Porirua is [between] upgrading the treatment plant alongside the upgrades in the network."

As the past week showed, Porirua also has to deal with its ageing pipe network, which are prone to breakages, and are also easily overwhelmed in heavy rainfall events.

A temporary repair was undone due to heavy rain on Thursday night.

Hutchison said their investment had to be balanced between the Titahi Bay community and the rest of the city.

"The work in the network to reduce untreated overflows is going to take many years, so there's a big investment programme that the council is funding, including several hundred million dollars of upgrades, really around protecting the harbour.

"I appreciate the Titahi Bay group is pretty focussed on Titahi Bay, but we have to take a slightly wider view as well and balance the environmental concerns."

Part of the network investment is the $50 million storage tank to be built near the railway station, which would take in the excess stormwater and wastewater during heavy rainfall events, and stop overflows.

Once again, Laurenson was not convinced.

"It's band-aid, because the network is so bad, they're trying to fix the network.

"All it will do will capture a little bit of flow coming from the network.

"It might help Porirua Harbour for a wee while, but it might only last a few years, then fill up, then we've got a massive big storage tank filled with waste, waiting to explode over everybody when there's an earthquake."

She said better to direct that investment towards investing in stage 2 of the wastewater treatment plant.

Her group, Your Bay Your Say, has accumulated 1000 responses to the resource consent application, on which submissions close this Wednesday.