The New Zealand Animal Law Association and animal welfare group SAFE is taking the government to court in an effort to have rodeo events halted. 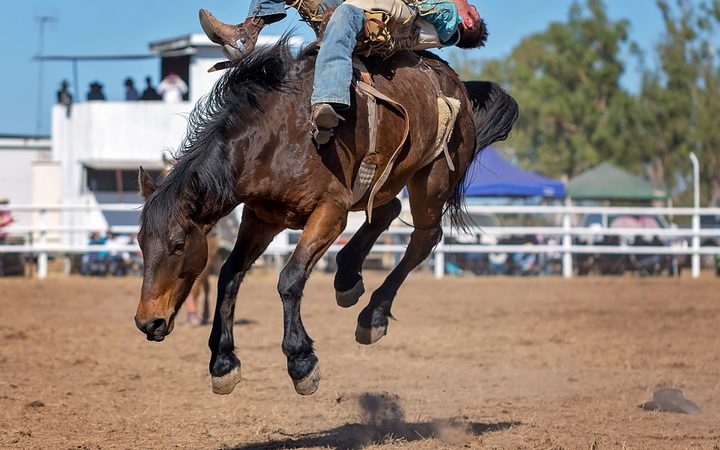 The groups filed proceedings against the Attorney General and the National Animal Welfare Advisory Committee in the High Court in Wellington yesterday.

SAFE chief executive Debra Ashton argues the government is breaching the Animal Welfare Act in allowing the events to occur.

"We believe that rodeo should no longer exist. Under our current animal welfare legislation, there is an obligation for people in charge of animals to ensure that their physical health and behavioural needs are taken care of.

"But they're also obliged to ensure that they are not subjecting animals to any unreasonable or unnecessary pain or distress. We believe this is still occurring with rodeo, which is basically why it needs to go."

The organisation says rodeos are cruel, outdated and need to be stopped.

"Rodeo only really works because of the fear and distress that makes animals perform.

"They're forced to do things like buck, they're chased and choked and wrenched and wrestled in ways that if you did some of those things to your own animals in your own back yard, you could be up on serious animal abuse charges," Ashton said.