The Defence Force has for the first time taken lead of an international maritime task force that carries out security operations in the Arabian Gulf. 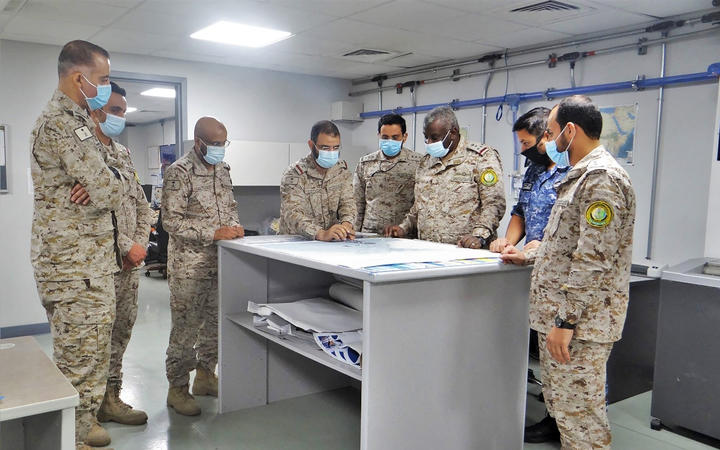 Members of CTF-150 as they lead the operation with the FS Floréal as part of a counter-narcotics operation in the Northern Indian Ocean, in November, 2020. Photo: Combined Maritime Forces / AFP

Combined Task Force 150 (CTF-150), based in Bahrain, covers about 8.3 million square kilometres of international waters, encompassing some of the world's most important shipping lanes.

It aims to counter transnational organised crime and the movement of narcotics used to fund terrorism.

The task force - which consists of Australian and Singaporean navies and the United States Coast Guard - was previously under the command of Canada.

Maritime Component Commander commodore Mat Williams said taking command of CTF-150 was a first for New Zealand, but personnel had held various roles in it.

"New Zealand has also previously commanded CTF-151, which is charged with countering piracy in the region," he said.

"Our level of leadership and training means we're able to operate effectively with our international partners. Everyone will be focused on restricting movements at sea by criminal and terrorist elements who seek to do harm."

Since January, under Canada's command, the task force has seized 55,605kg of illicit narcotics, believed to be worth more than $US160 million.