Whanganui school students will be the first in the country to be vaccinated at school from the beginning of the next school term. 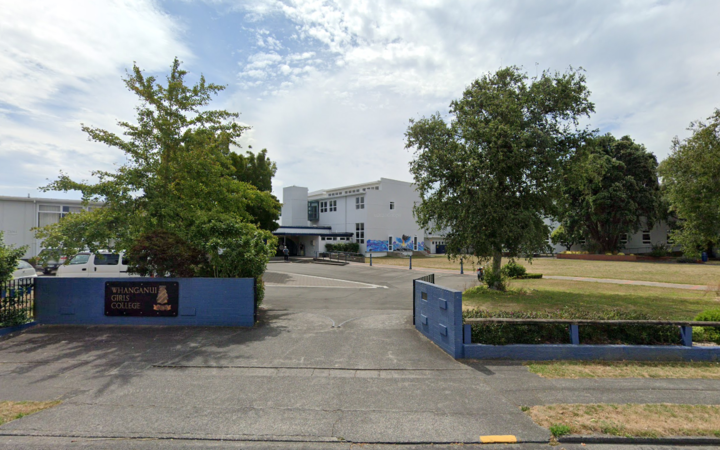 From early August, 1600 students aged over 16, along with about 700 teachers will be offered their first Pfizer vaccines at school.

The city's senior students will be immunised before the exams. It is hoped the rollout will act as a template for the rest of the country.

Whanganui Girls' College deputy headgirl Chloe Benadie is relieved at the news she and her classmates will soon get their first vaccine dose.

"We're actually just quite relieved that it's happening in school and that we don't have to pay for it or go outside to other hospitals and stuff to get it done especially as a year 13 and I know a couple of the other senior year groups are feeling the same that we're going to go out into the big wide world after school and feel safe enough to travel the world."

Chloe, along with the other students will be vaccinated from 9 August. Their kaiako and kaimahi will also be offered a shot.

"We had the DHB come in and talk to a group of staff and kids of the over 16-year-olds just outlining the process and giving out pamphlets just with all of the information so they can make an informed choice about whether to get vaccinated or not."

"One student just said to me this afternoon, 'ew I'm not getting it done, you've gotta have that thing stuck up your nose.' and I said, 'it's that's a Covid test, not a Covid vaccination."

Rooderkerk said over 80 percent of their students were Māori and they also host several high-needs children making the vaccination rollout even more important.

"We're very aware that our kids are going to be out in the community with lots of vulnerable people and they need to be looking after them. That's the message we're giving that it's about whanaungatanga it's not about them. It's about everybody else."

"Term three is very busy for especially secondary schools and then going into term four is exams and stuff. So, with the program here we're looking at getting that finished by hopefully the end of next term so that we can be out of the schools for term four."

Jones said clinics would be set up in schools so that students felt comfortable in their own space.

"Some schools have school nurses, and they are great helping with the relationship and building up support for the clinics and things like that. But mainly we have a, uh, a team of public health nurses and the district health board has a great team of vaccinators and will be working with him as well."

Jodie Bunker is the executive officer of a special school in Whanganui where students today received their second Pfizer vaccine.

"It'll be a relief when it's done because obviously it's been a long time coming and there's a lot of uncertainty still kind of going around and I think getting it done has kind of helped with a lot of that uncertainty, and just not having to worry about it."

The city's rollout for senior students will provide a template for the 12 to 15-year-old group once Medsafe has approved Pfizer for use in that cohort and more vaccines become available.