Tech-savvy New Zealanders are effectively locking others out of managed isolation and quarantine booking systems by using a computer programming code to snap up available spots within seconds. 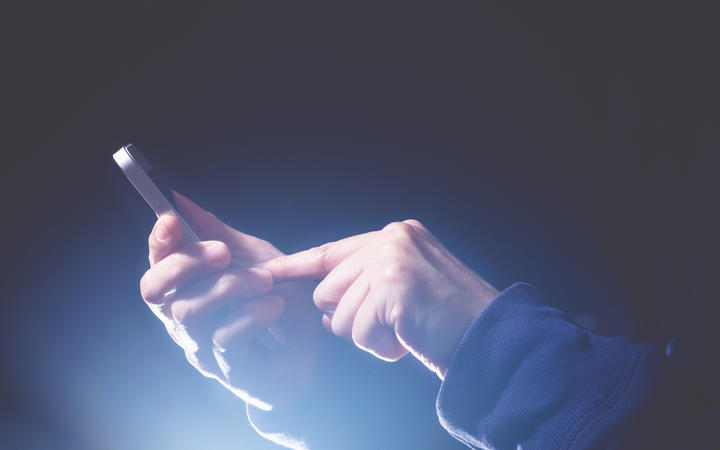 One man who admits to using the code agrees it's unethical, and said the booking system is so technologically basic that it is able to be exploited, which makes it difficult for computer novices to book an MIQ room.

The Ministry of Business, Innovation and Employment (MBIE), which looks after the booking system, said using the script is a breach of their rules, and it discourages its use.

MIQ rooms are allocated on a first-come, first-served basis. Currently they're booked out until the end of November.

The demand is so high, and the supply so scarce, that any rooms that become available disappear within seconds. Dates are released completely randomly and can appear any time of the day or night, and there's no queue.

There's a cottage industry set up around the MIQ booking system.

Some people pay freelance computer programmers in Bangladesh to monitor the site for them, others follow a Twitter account which quickly notifies followers of newly available dates, and they rush to the site to try get it before others. Others pay $2 to be alerted when a date appears in your chosen seven-day window.

The old school way is to sit on the website all day refreshing and refreshing to maybe be the lucky one that sees the available spot first.

"It makes it close to impossible for the average New Zealander to get home," said Chris Ruscoe, currently in Tennessee, about the high demand and the software enabling people to secure rooms so quickly.

"The difficulty and frustration and desperation that these folks are feeling, including me - who tried for three weeks, 18-plus hours a day and got nowhere."

Now, someone's written a freely available computer script that alerts users immediately and autofills their details, giving them a valuable few seconds' advantage to book ahead of others.

"You've got to install a bunch of software on your computer - for the average layman who doesn't know about coding it would be extremely difficult, but for more tech-savvy people it's very easy," Ruscoe said.

"Within five minutes, I installed this bot, run it, and get a spot immediately."

What the script does is constantly refresh and scan the MIQ website for any available spots, alerts you when there is one, and autofills the application form fields including your name and details. It's not a completely automated system - a "bot" - that books a spot for you. MBIE said it stops these.

This system alerts you and autofills your details, but you still have to click book yourself and prove you're not a robot.

Ruscoe said the use of this script is unfair and biased toward tech-savvy people like him. He said a lot of people are doing it, and he otherwise wouldn't have be able to get home at all this year.

One person who has absolutely no shot at doing this is Karen Thorp. She has to travel to the US for an urgent personal matter and is trying to book a room to ensure she can get back home.

"It's just so frustrating. We're not very computer-savvy. We're in our late-60s and 70s, and we've only got Android phones."

Thorp said a free-for-all system is unfair and works against older New Zealanders.

When she finally sees a spot open up after hours of refreshing the page, and goes to fill out her information, someone's got there faster than her. The voucher's gone.

"And then you've got that robot CAPTCHA, so by the time you do five pedestrian crossings or traffic lights, [the previously available room] is gone.

"We've only managed to see about two spots in about the last two weeks. When November [MIQ rooms] came out, they were just all gone in about half an hour. We could not get one."

"What I've done by using this script that pre-fills forms is highly unethical... if you can't beat 'em, join 'em. Everyone else is doing it.

"The onus is on the government, specifically MIQ, to implement basic technical measures to make it a fair and even playing field for the average New Zealander." He recommended a virtual waiting queue or wait room that prioritises people on when they arrived or signed up.

Even the person who wrote the original code said the MIQ system is broken, and should be changed.

He wrote on the site where the script is available: "Hopefully, MIQ changes their website and implements a queuing system. Then these scripts would become obsolete and no one will have to bother with this."

MBIE said the use of software to circumvent the system is a breach of the terms, and something it takes very seriously.

"It should be noted that there is a difference between bots achieving an actual booking - which we see almost no evidence of - and the kind of scripting which lets people know that a space has become available. These notification services which are available publicly don't book vouchers on behalf of subscribers; they still need to register and book themselves," a spokesperson said.

It's caught and stopped a lot of "bots", but can only "discourage" using the script.

"We strongly discourage this sort of scripting behaviour and we take any breach of terms of use seriously. Although these individuals might believe they are helping people, they are actually preventing New Zealanders from securing their vouchers who do not utilise these sorts of programmes."