A woman who regularly visited an Oranga Tamariki facility that is being shut down says she feared her own young relative was being abused by staff.

Te Oranga in Christchurch is to be closed while an investigation is carried out into separate allegations of abuse.

It comes after Newsroom published a video of a young person being put in a headlock, having their arm held behind their back and being thrown to the ground at the residence.

Now Christchurch woman Kath Coster has told RNZ that on her visits, staff regularly shouted at children and she once found bruising on the neck of her loved one.

Over the course of 12 months, she went several times to visit a child relative of hers at Te Oranga.

Coster said on her very first visit she thought it looked like a jail, with locks everywhere.

She said she saw children regularly subjected to poor treatment.

"While I was there over that whole year period ... there were children that would get really distressed, you would hear them yelling, you would hear staff yelling at them," Coster said.

"It was over simple things like a child had got wet wanted a towel they weren't going to give it to them. The child lost control," she said.

Coster said the child she knows - who only left Te Oranga last year - struggled to cope during their stay.

She said the child had little privacy, even when going to the bathroom.

She said there was also worrying evidence of abuse.

"The toilets had no doors on them. I witnessed going to visit this child with marks all around his neck and when I asked them what had happened, he told me that he was restrained," Coster said.

"I made a complaint to the staff that were on there at that particular time because I couldn't understand by restraining a child why you would have marks all around his neck."

Coster made her complaints to the facility and social workers at family conferences, but no action was taken.

She said she and the child recognises the staff in the Newsroom video, which shows them violently restraining a young person, including putting them in a headlock.

Coster said she thought they were among the good ones.

"They were actually probably the better staff out of them all. And to this day, even though he hasn't been in there for a year, they have had communication with him supported him, been mentors to him. So to see the video from my perspective, it was [like], 'oh gosh, this is really interesting'."

Oranga Tamariki would not comment on the fresh allegations until the current investigation into Te Oranga is finished.

Coster welcomed the news that the facility was being shut.

'How long has this behaviour taken place?' 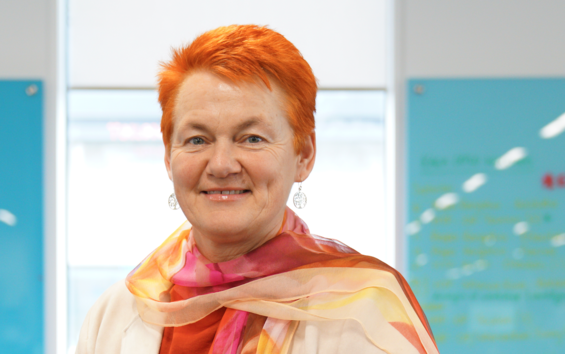 She was on an advisory panel that in 2015 recommended the closure of the care and protection facilities.

"Well, I think that we will all be looking forward to seeing what happens and the investigation because I think that that question is uttermost. Why wasn't it reported? How long has this behaviour taken place? Are there other incidents?," Leahy said.

But Dame Sue Bagshaw, one of the country's best-known doctors specialising in young people's health, says the closure of Te Oranga may be a bit over the top.

"I'm concerned for the children that they've been pushed out and [it's] yet another change for them," she said.

"But it's good that the whole thing is being investigated and we get both sides of the story and we actually understand what's happened. It seemed to me a little bit over the top to push them out."

Dame Sue said bringing in different staff while those under investigation are on leave, could have been a better solution.

No date has been given for when the children will be removed from Te Oranga.

Voyce Whakarongo Mai chief executive Tracie Shipton told Morning Report children were not valued within the system and for things to improve they needed to be heard.

"It's never going to be about the practitioners. This is about a culture of normalising the treatment that they have around young people and that's what it's going to be the most difficult thing to shift."

The focus should be on tamariki and what was going to work for them, she said.

"It is logical that we actually go to young people talk to people who are in there currently ... talk about what this could be like, in the meantime how can we hold you in a safe and nurturing way. Talk to families, whānau - they'll all have an opinion about that. And then act on it."

She said a "philosophical shift" was needed.