A small Eastern Bay of Plenty town is considering reining in roaming horses by banning the animals. 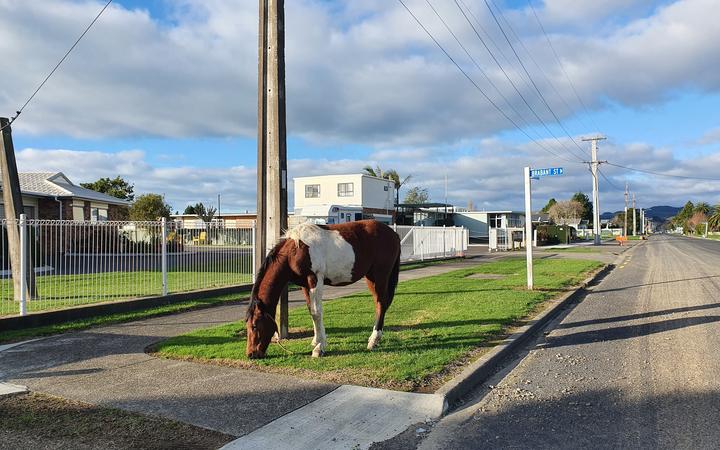 After years of horses running amok, pōtiki District Council has voted to ban horses from grazing on council land, while resolving to spend an additional $200,000 a year on boosting its animal control team. It is also proposing a bylaw banning horses from the township.

Aside from posing a safety risk to motorists, the animals damage fences, stop banks and gardens.

The community will get to have their say on the proposed ban.

On the streets of the town, one woman said serious traffic accidents had been caused by horses and they left a mess in the streets. She was happy for people to own horses - but said people needed to keep a closer eye on their animals.

"If you're going to have a horse look after it, you know, it's like having a dog or a cat."

Another resident, who likes the horses, said the issue was dividing the town.

"Sometimes horses run amok but I actually like all the horses around town, what's needed is for people to take a bit better care of them," he said. 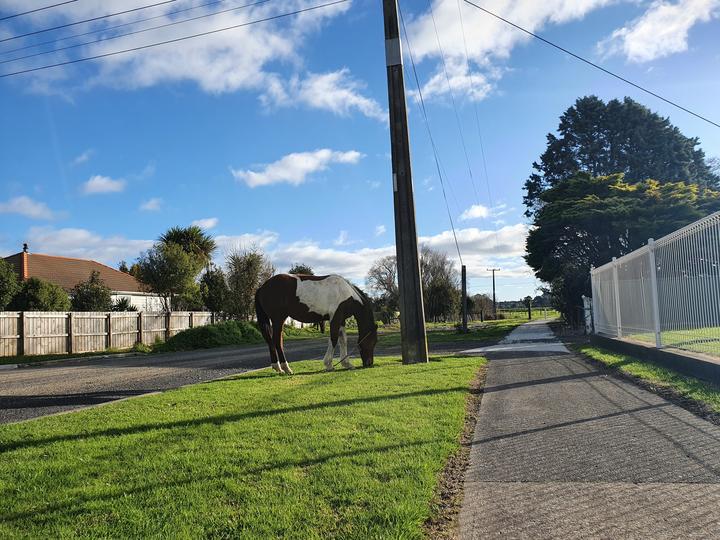 A woman whose vegetable garden was plundered by roaming horses said people were too lax about caring for them.

"Tell you what, for want of a better word they need a kick up the backside, really, all of them. They don't care, they really don't care.

"You know, in the days of yore when we were young, we had horses, we all looked after our horses, today they think they can just put it in anybody's paddock and expect those people to be responsible for their horses - N.O."

Ōpōtiki District Council planning and regulatory group manager Gerard McCormack said it was a matter of balancing the town's past and future.

"The nostalgia of having horses in town, against the town that's suddenly developing or building factories, the harbour. We've also got a lot more traffic coming into town, so having horses out and about is a lot more visible and people are more aware of it.

"The pressure of development against a historic town, that horses were part of the nostalgia, we're just trying to make it work and make it fit together at this stage."

McCormack said the horses tend to form groups and trot about the town - posing a safety risk to motorists - and the council works with the police to round them up.

"They come together as horses do and then suddenly there are three or four horses rather than just one loose horse running down the road. So it's a safety issue for us on our roads."

Back on the streets of Ōpōtiki, one man - who is a horse rider himself - thinks the council should get tougher on irresponsible owners.

"It's a pity you have to spoil it and ban all horses just 'cause a few can't look after them and that's always the way isn't it?

"But I think if you've got a horse and you can't look after it they should take it off you. Cause they don't seem to care, I went driving down here early one morning just about a fortnight ago and there's two horses and a foal just walking down Bridge Street and that's pretty common."

McCormack said the town's equine issues are longstanding, but have worsened in the last year or so.

"Since Covid there's been a lot more horses in town and with that, with our increased development and growth as a town, there's less space for the horses.

"We've been trying to work with horse owners to manage the horses and keep them secure and really the town's just got too many horses at the moment and they're breaking out and coming loose."

The proposal to ban horses from Ōpōtiki will likely go out to public consultation by the end of the year.