WorkSafe has issued Wellington Free Ambulance with a 'fix-it' notice over worker fatigue and is recommending it takes a look at how shifts are rostered. 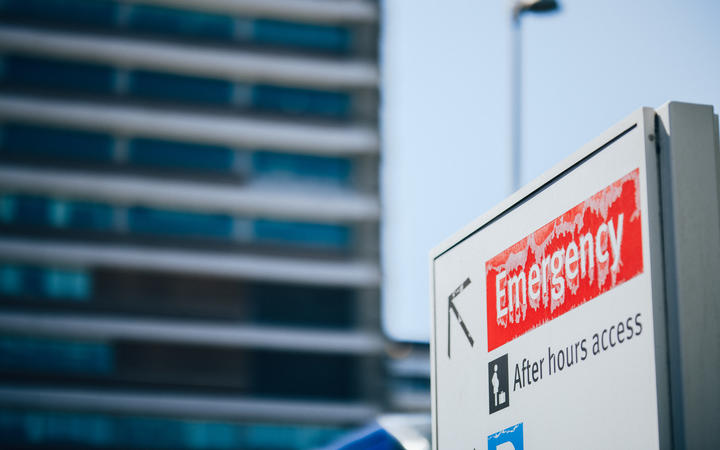 One worker says they want better conditions and more hands on deck, not a change to shifts. Photo: RNZ / Dom Thomas

But workers say, while they are dealing with exhaustion and emotional strain, shifts are not the problem - a massive shortfall in staffing is.

A Wellington Free ambulance worker, who RNZ will call Rachel, is worried for her workmates.

Everyone was getting "slammed", she said, and the days were gruelling, tiring and emotionally draining.

Most workers are on an eight-day roster: two day shifts, two night shifts at 11 to 12 hours each and then three-and-a-half days rest.

While there had been a slight increase in staffing in the past few years, it had not been enough to keep up with growing demand for services, she said.

"Everyone's amount of work has gone up and up and up, there is less time between cases to restock vehicles, or get paperwork done.

"It's just draining when there's no time to mentally process the awful stuff people have to go to.

"People aren't getting their regulatory mandated breaks, people are worn out and it's to the point of being dangerous."

Rachel said the organisation had been pushing for an overhaul of the shift system for some time.

That proposed system would have 10-hour shifts, staggered across five days with different start times and would require workers in the outer edges of the city to travel further into the city for work.

Rachel was worried that it would be worse for workers and she was concerned that the WorkSafe notice played into management's demand for a rostering system that most workers did not want.

Instead, workers wanted better conditions and more hands on deck, she said.

"It doesn't matter how long your shift is or what pattern your shift is, if you're absolutely flogged during the course of your shift then you're going to be exhausted.

"There's not enough people to do the work that's expected. What's actually needed is increased resources across the board so that you're going to benefit patients and fatigued staff at the same time."

The exhaustion and lack of time to process distressing situations had a big impact on workers' mental health, she said.

"[Paramedics] never come around to your house for good news, so if they turn up, we want them at peak. If they are not getting the breaks and the rest that they need - it is literally life and death decisions they make," he said.

The WorkSafe improvement notice explicitly recommends creating a shift-work system that reduces the risk of fatigue and ensures that levels of exhaustion are managed.

But Popata reiterated, as Rachel said, it was a staffing problem, not shifts. He said if shifts were a problem then similar rosters for other health workers would also need to change.

"If they are saying that the shifts we're doing are currently unsafe then I guess they are going to have real issues with doctors and with St John's Ambulance that are 90 percent of the industry."

Popata shared the worry that management would use the notice to push forward their own rostering agenda, which he believed was an attempt to cut costs.

Wellington Free Ambulance acting chief executive Sarah Lewis acknowledged the workload for staff had increased over the the years and was unsustainable.

She said the organisation kept a close eye on how shifts were being managed. She could not rule out implementing a new system, nor using the notice to further a change in shifts.

"We are aware that a number of staff are happy with the current shift patterns, however, it is our obligation to monitor fatigue across our organisation."

WorkSafe, Wellington Free Ambulance and the Union will meet today to discuss the notice.