Twelve people, including two children, breached MIQ at the Crowne Plaza facility in Auckland at the weekend. 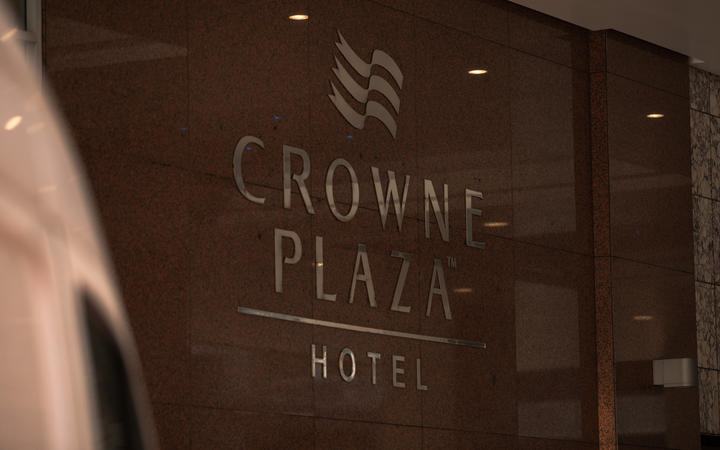 Three breaches happened on the same floor of the hotel on Sunday.

All 12 involved are now in isolation and all are undergoing further tests, and none has tested positive to date.

Their stay will be extended should anyone test positive, joint head of managed isolation and quarantine Brigadier Rose King said in a statement.

The returnees arrived on 11 June from Samoa and were not RSE workers.

They did not require day 0/1 tests, given the country of origin, and all day 3 results came back negative.

The first breach, about 9pm on Sunday, involved the two young children who were in a corridor for up to 45 minutes. The children's mother returned them to their room.

The young returnees, who were wearing masks, are symptomatic cases and were supposed to be in isolation.

While they were in the hallway, a returnee from another room stopped for around 15 minutes while sitting closer than 2m. They were wearing a mask.

About 9.45pm another returnee left their room and entered another room, understood to be occupied by their cousin, and stayed for about 20 minutes. Neither were wearing masks.

The third incident, about 10pm, involved seven returnees sitting in a hallway, talking within close proximity of each other without masks for over 15 minutes. One of the seven had been involved in an earlier breach.

They were warned to return to their rooms immediately and not enter the hallway without masks at any time, but were seen in the corridor again.

The four were given a police warning.

All have had a 48 hour post-breach swab on Wednesday and and will remain isolated until they receive a negative result.

"The actions of all involved are disappointing", the statement from King said.

"Bubble breaches do happen from time to time inside MIQ. In the context of 145,000 people having been through MIQ so far, the numbers are relatively low though."

The statement said a Samoan speaker was on site on Wednesday talk through the rules and check they were understood.

"We have told the individual returnees how they can call other rooms to communicate if they wish."

Information is translated into 20 languages and translators can be made available if needed, the statement said. "A number of MIQ staff speak other languages - as was the case in this situation."

* This story has been updated after MIQ corrected their figures on the number of people involved in the breaches.