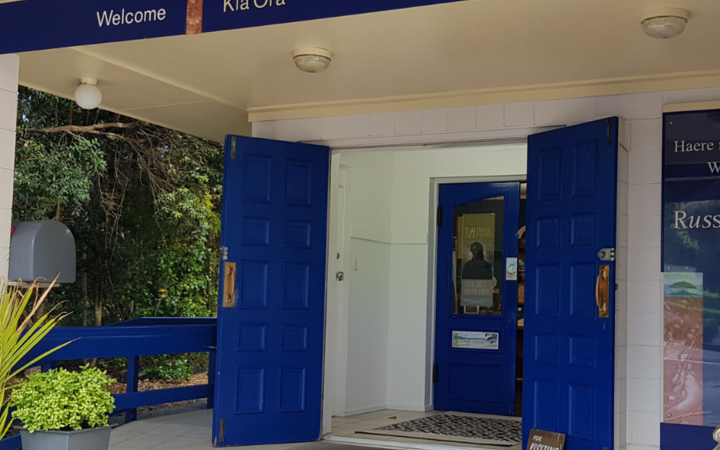 The bones were dropped on the doorstep of Russell Museum. Photo: https://www.russellmuseum.org.nz/

Manager and curator Fiona Mohr found the remains dropped on the doorstep on Saturday.

Stormy weather in the past month has unearthed human remains at Elliot Bay but scientists are yet to identify whether the bones dropped at Russell are also kōiwi tangata.

"I was perplexed but also disappointed that someone had actually deposited the bones without any identification," Mohr told RNZ.

Most bones were unidentifiable but she thought one had human resemblances, and a physio agreed.

"There were fragments of bones whereas, if it was a full human skull or something like that, that would have been more disconcerting."

"It's a bit disheartening to think that somebody has just picked up the bones, we don't know how they've been uncovered."

She said protocols needed to be observed, involving karakia and kaumātua, before possible human remains were moved.

"It's about the tikanga. I was surprised that somebody had just randomly dropped them off, but I thought it was somebody probably unaware of what to do."

Rewiri hoped the person who found the bones would come forward to help identify where they came from and whether there could be more nearby.

Heritage New Zealand is wary that kōiwi tangata and animal bones will continue to emerge from ancient and early settlements in Te Tai Tokerau.

Anyone who found them should record the site and appearance, and contact police, the closest marae or Heritage New Zealand.