New research has indicated doing a doctoral degree does not necessarily entail having a nervous breakdown. 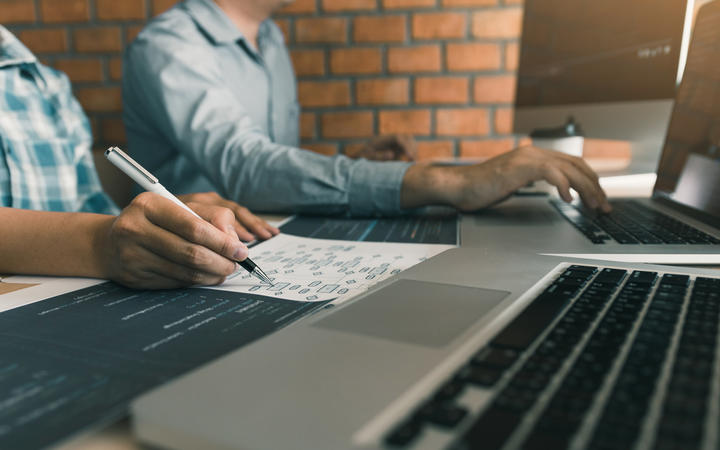 Data from thousands of participants around the country revealed only minor differences between students who did and those who did not pursue a doctorate.

Dr Damian Scarf co-authored the University of Otago study, which found New Zealand doctorate-level students' mental health is notably better than that of their overseas counterparts.

"There is a plethora of editorials, career features, empirical papers, etc, that talk of a graduate student mental health crisis. One paper in the US reported that graduate students were six times more likely to experience anxiety or depression than the general population - that is alarming," Dr Scarf said.

The research team used data from the Graduate Longitudinal Study, which tracked selected students from the country's eight universities from 2011 to 2014.

Mental wellbeing was measured over 14 items, with responses given from a one-to-five scale, with a total score possible from 14 (lowest) to 70 (highest).

For the 269 participants who pursued a doctorate, the mean wellbeing was 49.7, compared to 49.9 of the 4230 who did not transition into PhD study.

Dr Scarf said while international reports indicate mass decline in mental health for those in pursuit of a PhD, the numbers tell a different story in New Zealand.

Denver Britto, who is approaching the end of his biomedical science doctorate, said while earlier studies came with mental strain, his wellbeing has maintained during his PhD.

"Actually, I didn't have an expectation of anything being bad at all - I mean I did have that one little problem with my post-grad diploma - but I just assumed that was a one-off thing, and during my masters, I had a great time then. I think partially, one of the differences is: when I did my masters, it was kind of the expectation that I know what I'm going to be doing next within my PhD..."

Joseph Chen is more than two years into investigating depression through neuro imaging.

He found it difficult balancing mental wellbeing with his university commitments during prior study, but said undertaking a doctorate had not made things worse.

"Before I started my doctoral study, there were aspects in which it was challenging already, so with the doctoral journey, there are certainly times where it can be quite stressful. Just because it's stressful doesn't mean it diminished my mental health - I suppose it's my ability to deal with the stress."

He said having a supportive community around him has been valuable, and urges other candidates to seek the same by establishing good personal and professional relationships.

"You have to maintain your ability to connect with the people who you love and who love you, and also having a lot of friends at university, being able to reach out to your peers around you because more often than not, they're going through similar things, similar pressures. Other things that helped was a good supervisor relationship, having a good faculty support, and knowing your supervisor cares about you," Chen said.

"New Zealand programmes differ in a number of ways. So one thing is that we have really high completion rates - most of the students that start their PhD in New Zealand finish, and finish within a reasonable timeframe, so that gives us an advantage over other countries.

"The other one is that graduate programmes are shorter than programmes in place like the US. Our programme is three years - whereas there's is five years - and basically factors less strain on candidates, so that's good news..."

Dr Scarf considered the findings a win and hopes it will encourage students - who might feel they don't have what it takes to do a PHD - to take the plunge.

The full study can be found here.