The Muslim Association of Canterbury is working with producers of the controversial film They Are Us after the proposed film's announcement sparked backlash. 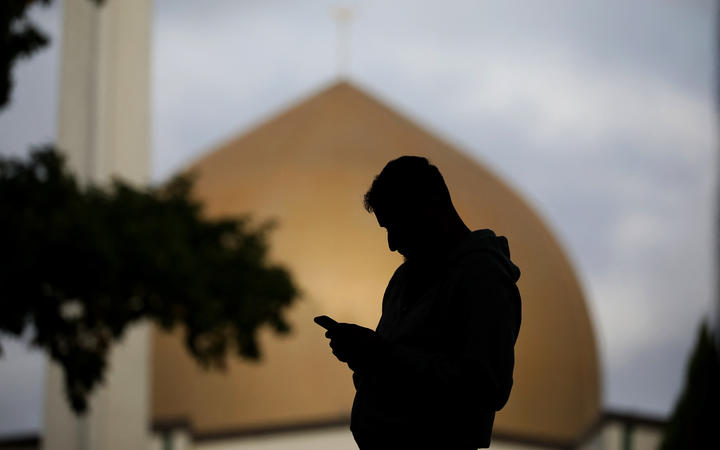 The movie will focus on the response of Prime Minister Jacinda Ardern in the week following the attacks, starring Australian actress Rose Byrne as Ardern.

But backlash to it has been swift: with Ardern saying the attacks are still "very raw" for the country, Christchurch Mayor Lianne Dalziel calling the production a "travesty" and more than 64,000 people signing a petition to shut the movie down.

Yesterday, an Auckland-based producer withdrew from the proposed film.

In a statement, producer Philippa Campbell said she deeply regretted the shock and hurt the announcement of the film had led to throughout Aotearoa New Zealand.

Campbell said she listened to the concerns raised over recent days and heard the strength of people's views.

In a joint statement, the Muslim Association of Canterbury (MAC) and one of the film's producers said they will be working together to address concerns over the movie.

Ali said the producers had already spoken with the Imams of Al Noor and Linwood Mosques, as well as some of the victims.

But more consultation with the community was needed, he said.

Ali said the MAC will work closely with the producers to consult with any survivors or witness of the attacks, or the victim's families.

Producer Ayman Jamal said he was "devastated" by the pain and concerns the announcement of the film had caused.

"This was never our intention, and we believe we owe a clarification to those families who lost their loved ones, survivors and witnesses regarding the film, its purpose and intention," he said.

Jamal said the film's producers consulted with Christchurch's Muslim community and more than 20 victims of the attacks, more than a year ago.

"At the time the Christchurch Muslim community was going through a lot, and we were engaging only with those families who were ready to share their story with us at that time," he said.

"We deeply regret that we did not reach all of the families of the victims, survivors and witnesses and we want to sincerely show that we are here to listen and consult with every last victim of this tragic event who wants to express their views irrespective of what the view is and that we are ready to hear the many more inspiring stories for those who would like to share them with us."

There is no one hero in the film, Jamal said, instead it would focus on how New Zealanders "showed us, the rest of the world, that together they turned an horrific terrorist attack to unity, love and compassion by sticking together and affirming that they are all one and in this together".

The synopsis of They Are Us

Jamal said the film will be set over one week from the Friday of the terror attacks.

"In a mirror of New Zealand's own approach, during the film the gunman is never shown and his name is never spoken," he said.

"Instead, during the attack we witness the acts of heroism and sacrifice. The worshippers who confronted the gunman at Masjid Al Noor and shielded their fellow worshippers.

"At Masjid Aroha - Linwood Islamic Centre - we witness the courage of the unarmed worshipper, Abdul Aziz, who chased the gunman away and, in doing so, saved so many lives."

The story of Farid Ahmed, who publicly forgave his wife's murderer, is also depicted, Jamal said.

"And we witness the actions of Prime Minister Jacinda Ardern during this remarkable week. How, an hour after hearing of the attack, she instinctively penned those three simple but unforgettable words of love and solidarity, 'They are us'.

"And in this week, she achieved in six days what countries like the United States have failed to do in decades - banning assault rifles and all weapons of war used in the attack," Jamal said.