Opponents of a mega-landfill in north Auckland are preparing for a legal battle after the controversial dump was given the green light. 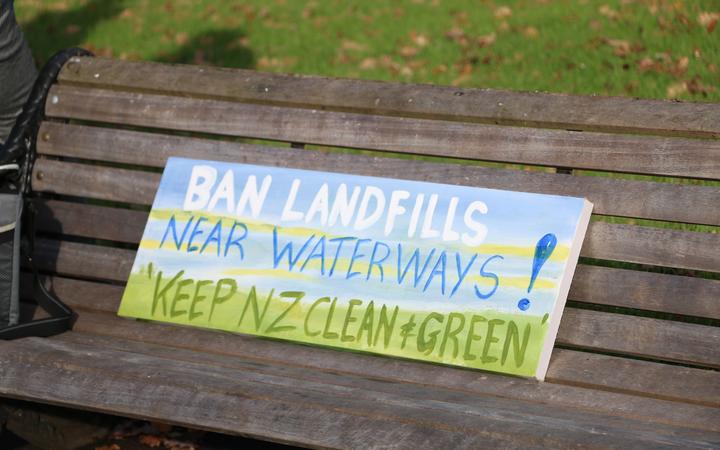 Waste Management has been granted resource consent for a 60ha dump in the Wayby Valley, about 5km from Warkworth.

The tip has faced vehement opposition from mana whenua and community groups who are concerned about the environmental and cultural impact of the dump.

After a mammoth hearing and huge public protests last year, four of the five independent commissioners tasked with deciding the tip's fate voted to approve it.

According to the decision document, the majority of commissioners saw the tip would provide vital infrastructure as the city expands and the amount of rubbish produced grew with it.

The commissioners were also satisfied any ecological and environmental impacts could be managed.

The sole commissioner that opposed the tip was chairperson, Sheena Tepaina.

She believed the impact on the area's ecology and cultural value to Māori would be significantly adverse if it went ahead, and that Te Tiriti o Waitangi had not been sufficiently taken into account.

The approval for the dump comes with some 400 conditions.

These included the establishment of mana whenua and community liason groups that Waste Management must consult with throughout the landfill's construction and operation, the development of a number of ecological development plans, and protecting native forest and wetlands.

Community group Fight The Tip has been campaigning against the landfill for years and planned to appeal the decision. 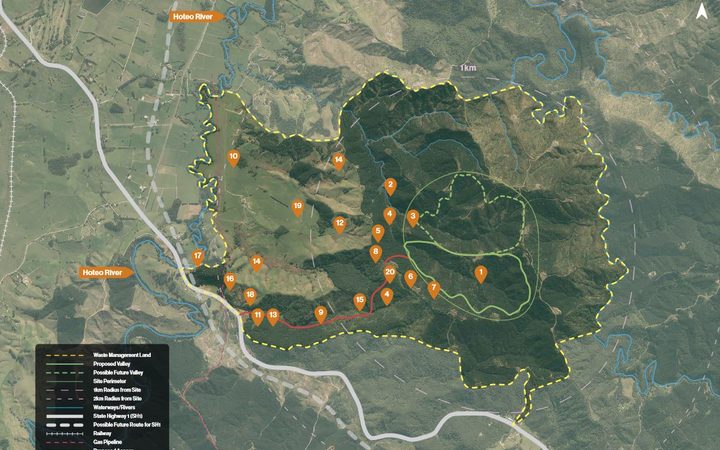 Māori liason and executive member Mikaera Miru had expected the tip to be approved.

Miru said Māori had not been listened to for 180 years and this decision showed that "nothing had changed".

But this time, he said Māori and Pākehā were standing side by side.

"This is going to be a colossal fight with the Crown ... we have a challenge ahead of us," he said.

Ngāti Manuhiri chair Mook Hohneck was disappointed with the decision, which would see the landfill located near waterways significant to the iwi, such as the Hōteo River which runs into the Kaipara Harbour.

"It's a real issue to us. It's going to take a significant kōrero for us to decide our next action."

"We had so much opposition against this application, 1000 submitters against it. If we couldn't stop this through that system, what other community in the country has a chance at preventing a risk to their environment," she said.

She said Fight The Tip would appeal the decision and would hold a public meeting later this week.

Waste Management said it was pleased with the decision and that the landfill was critically required to handle Auckland's rubbish.

Auckland Council resource consents general manager Ian Smallburn said he understood the long awaited news would not be the outcome many have been hoping for.

"We would like to reassure iwi, submitters and the community that their views and concerns were heard and taken on board by the independent commissioners who have made this decision," he said.

"These extensive conditions [in the approval] were the direct result of hearing the valid concerns put forward and ensuring these concerns were appropriately addressed."

Those seeking to challenge the decision have until 5 July to file an appeal with the Environment Court.