Arthur Allan Thomas - framed by police for the infamous murders of Harvey and Jeanette Crewe in 1970 - is on trial accused of historical sexual offending. 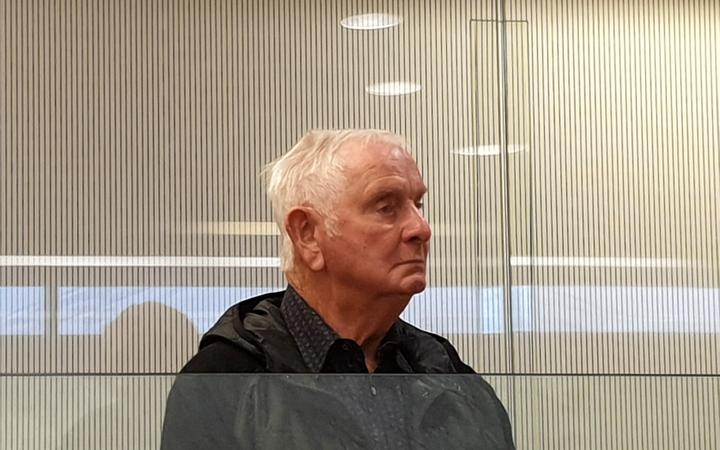 A two-week trial in Manukau District Court started today, 40 years after Thomas was released from prison and compensated with nearly $1 million.

Thomas, now 83, faces one charge of rape and four charges of indecent assault, relating to two complainants, which he strongly denies.

Thomas' story is one of the most extraordinary legal chapters in New Zealand history.

An innocent man subjected to a near decade-long prison sentence in large part because police officers planted evidence - a spent bullet casing matching Thomas' gun - at the Crewes' house.

Now, 40 years after a Royal Commission cleared him and he walked out of prison a free man, he is being tried again under the same Coat of Arms.

"You have seen and heard the defendant Mr Thomas plead not guilty to all of the charges. So you, members of the jury, will have an important decision to make at the end of this trial," Perkins said.

In his opening address, Perkins said there was a witness who will be called to give evidence who broadly corroborated the complainants' stories.

"The defence is: they did not happen. These allegations are not true.

"He has never wavered. He is crystal clear on that position," Dyhrberg said.

RNZ and other media are subject to strict and wide-ranging suppression orders imposed by Judge Bergseng which limit what can be reported about the allegations.

He directed the jury not do their own investigation of Thomas online or speak to others about it - and to only consider the facts heard in the courtroom.

The jury comprises of eight men and four women, who at the end of this trial will write a new chapter in the life of Arthur Allan Thomas.