The property manager of a Wellington house that was gutted by a fire overnight says the owner had for years complained about the empty neighbouring house, where it is believed the blaze started. 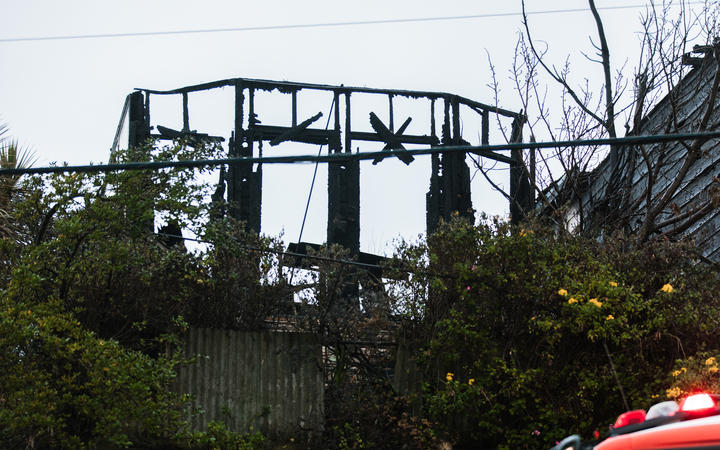 Fire investigators are trying to determine the cause of the fire, which spread between four properties on Hanson St in the suburb of Newtown.

Police are treating it as suspicious but no arrests have been made yet.

Matt Donnelly, who has managed one of the now burnt properties for 10 years, said complaints were made to the council as recently as last month.

"We reported that there [were] squatters in there and they said it was a police issue. We said police won't do anything unless it's a crime being committed so we're kind of stuck."

The owner of the property Donnelly managed had also tried to buy the empty house a number of times, he said.

His tenants also had problems with cockroaches and vermin, which they linked to the derelict house, he said.

"We've arranged exterminations but it has been reported that that was most likely caused from the neighbouring property."

He said it was strange the house was legally allowed to exist in that state after so many complaints.

The Wellington City Council said it was aware of the concerns but it had restrictive powers.

Chief operating officer James Roberts said council, public health, building compliance and community services staff had been working with police and other agencies as well as the property owner, to try to reduce the risk presented by the property.

"The situation was complex, deeply unfortunate and difficult to resolve given the restrictive powers of the interested agencies."

He said a council public health officer had been scheduled to visit the property this afternoon in response to ongoing complaints about rubbish and squatters.

Donnelly said there were four tenants in the property he managed and he hoped to have them into a new rental property very soon.