Documents that have been declassified by the Ministry of Foreign Affairs and Trade have revealed the sordid actions of enemy soldiers committing war crimes during World War II. 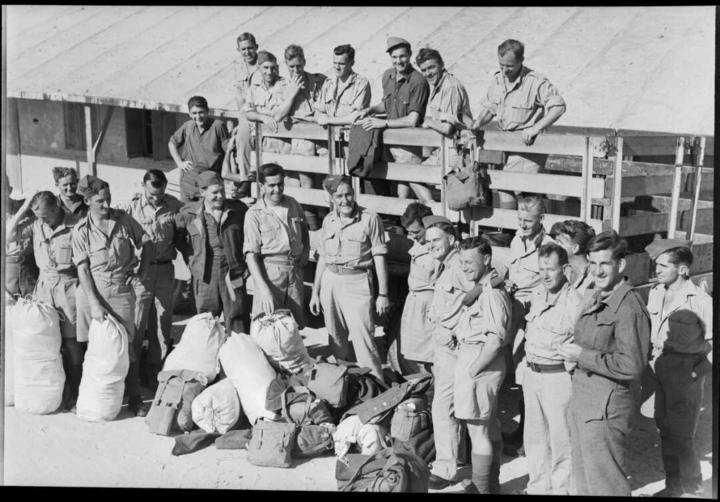 Thousands of documents detail the war crimes committed against New Zealand soldiers, including murder and torture by German, Italian and Japanese forces throughout Europe, Africa, the Middle East, Asia and the Pacific.

The documents are part of a release of 380 previously classified files held by the ministry, spanning the last 100 years.

They include files detailing David Lange's speech to the UN disarmament conference in 1985, documents regarding French nuclear testing in the Pacific, the Vietnam War, and condolence letters after the Erebus disaster.

There are three files detailing war crimes committed against New Zealand soldiers during World War II, dated from 1942 until 1946.

In one document, it details the murder of Private Alfred Peterson in December 1943 while a prisoner of war in Khulengraben, Austria.

"A New Zealander, Private Alfred Peterson, was a prisoner of war working in December 1943 on road making with a punishment column at Khulengraben attached to Stalag XVIII-A," the document reads.

"A dispute arose between his and the German civilian foreman with respect to the work. The foreman reported the matter to the first accused [Pfisterer], who summoned a guard, namely, the second accused [Martin Schutz].

"The first accused ordered the second accused to shoot Peterson."

The report then details how Schutz struggled to load his rifle, so Pfisterer went to his office to find his own rifle.

While he was doing that, Schutz succeeded in loading his rifle, and immediately shot and killed Peterson.

"Peterson's attitude had been quiet, non-provocative and non-aggressive."

The report found Peterson was only reported to the Nazi officers because he had been leaning on his shovel while waiting for a skip to return empty.

The murder was used for three months afterwards as a threat by the officers involved against the prisoners of war at Stalag XVIII-A, with Schutz telling them "the proper place for them was the graveyard where Peterson was buried".

Private Peterson's death is one of many stories among the papers released by MFAT, providing a harsh insight into the horrors of World War II.

Another such document details torture sustained by another prisoner of war, in which he was tied to flooring boards, the wind was knocked out of him and he was water boarded by Japanese soldiers.

Among the letters detailing poor treatment is an account from one Norma Smallfield, who said she was living with her husband in British North Borneo in May 1942 when they were captured and detained.

"With 48 other women and children I was interned in the convent at Jesselton," Smallfield said.

"We were stationed at the convent for about four months. We were [then] transferred to Kuching Internment camp in Sarawak. We travelled to Kuching for five days by ship.

"Conditions on the ship were very crowded, no sleeping accommodation was provided other than the deck, half of which was used by the Japanese soldiers."

Smallfield, who was 48 when she was captured by the Japanese, said there were several times when women were attacked by soldiers while they were prisoners.

"Sometime about January 1945, I cannot remember the exact date, I was witness to a beating given to Mrs Caroline Bishop, an internee, by a Japanese guard," she said in one example.

"I do not remember the name of this guard. He was referred to as 'Caroline's friend' because of the beating he had given Mrs Bishop."

She said Mrs Bishop was punched at least 14 times because she would not remove a head band while cooking, and the commandant of the camp later made an order that women were indeed allowed to wear head bands while cooking meals.

The newly-released documents are available for viewing at Archives New Zealand in Wellington.