A bride, groom, photographer and pilot were injured after the helicopter they were in crashed onto a golf course in Windwhistle in Selwyn District, Canterbury. 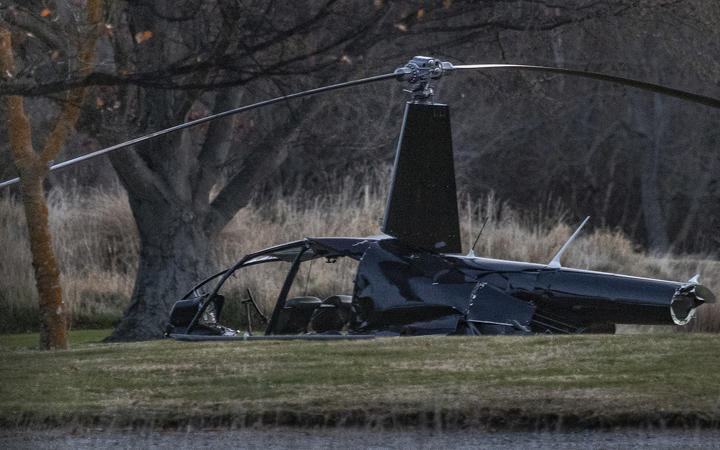 A St John Ambulance spokesperson said four people were injured in the crash. Three people seriously injured were flown to Christchurch Hospital and another was taken via ambulance.

The chopper struck the golf course at Terrace Downs Resort in Windwhistle, west of Christchurch, just after 3pm.

In a videoed interview on the NZ Herald website, the resort's group operations manager Ronnie Ronalde said the bride and groom went off in the helicopter for photos.

Shortly after takeoff, golfers saw the helicopter hit a fairway.

"It's horrible, horrible. Just the confusion, they're all waiting for their families to have all the photos, and then this accident happens, so devastating for all the family and the staff," Ronalde told the NZ Herald.

Police were called to the golf course just after 3pm.

The resort said in a statement its first priority "is to take care of, and support the family and friends of the bride and groom and photographer and pilot."

"We are working with authorities to offer all assistance possible."

Civil Aviation Authority (CAA) investigators were at the crash site this afternoon. They are working with the Transport Accident Investigation Commission to determine who will lead the investigation, CAA said in a statement.

People are being asked to avoid the accident site, to ensure it is not contaminated.