New Zealanders are concerned the government and business leaders are not moving fast enough on climate change. 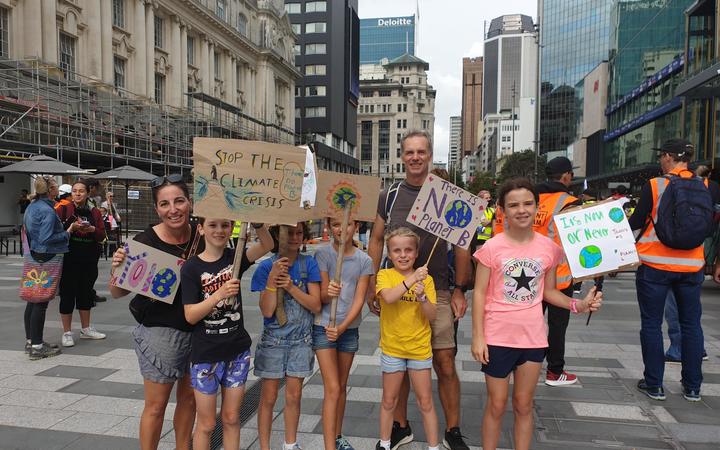 The fourth annual climate change report from the insurance company, IAG, shows about half of respondents felt the government should lead the way in reducing the country's carbon emission, which up from about a third than a year ago.

Public sentiment shifted on businesses responsibility, as more people thought it was incumbent on companies, not individuals, to limit their effects on the environment.

However, 23 percent of respondents thought the country was moving fast enough to achieve its emission targets, and only third felt they are achievable at all.

IAG corporate affairs manager, Bryce Davies, said the result shows the public wanted answers from policy makers and businesses on how they plan to reach our climate goals.

"New Zealanders need to see meaningful action that shows we understand and are reducing the risks posed by our changing climate."

The survey comes after the Climate Change Commission provided its final draft to government, recommending measures to drastically reduce the country's carbon and methane emissions by 63 percent and 17 percent respectively by 2035.

Davies said any delay in meeting those targets would hurt future generations.

While many of the respondents noted there would be trade-offs as the economy transitions to meet climate targets, they appeared to be less certain about who pays.

The majority of respondents were not in favour of the government raising taxes to fund its response to climate change, and less than 5 percent thought the possible higher costs of doing business should be passed onto consumers.

But respondents did expect to pay more in insurance premiums to protect themselves against significant climate events.

Just under half of respondents felt banks and insurers should no longer support businesses that were polluting the environment.

When asked about steps IAG had taken in this regard, Davies said it had decisions about the extent to which it supports certain businesses within the coal sector in Australia.

However, he was unable to provide much detail about steps the company had taken in New Zealand to lessen the support of high emitting sectors.

Climate Change Minister James Shaw said it was good to see the vast majority of the population expected the government to take strong action.

"So, in addition to supporting the transition to a low carbon New Zealand, we can also see from this survey that people want us to take action to ensure our communities are made much more resilient to the unavoidable effects of global climate change."