A dozen senior Catholics from around the Wellington region received their first dose of the Pfizer vaccine Wednesday morning, with the government wanting religious heads to play an important role in spreading awareness and curb any fears. 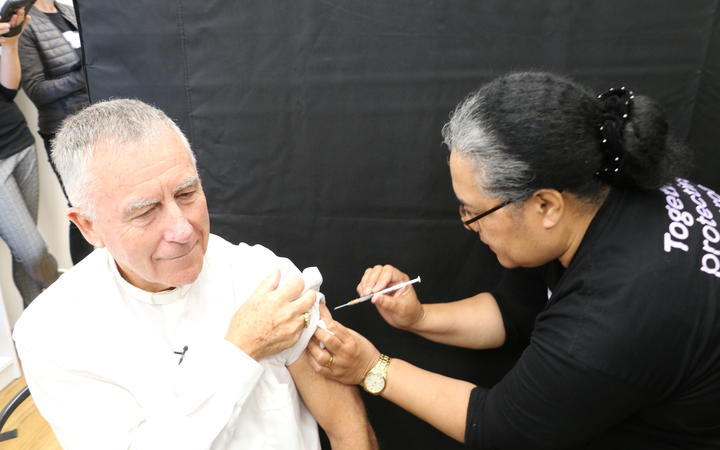 It was especially problematic on social media, Dr Metuamate said.

"Some of the stuff that I've seen is just borderline nuts.

"There's someone who's been suggesting that if you roll your sleeves up [for a vaccine], you're rolling your sleeves up for Satan. There's also others saying conspiracies around Bill Gates and [how he is] trying to get everybody microchipped."

The event was focused specifically on Pasifika, a community where vaccine support was steadily rising - but still lower than other demographics. Ministry of Health statistics showed the number of Pasifika who were unsure about the vaccine had fallen from 32 percent to only 9 percent.

That was why it was so important community leaders were united in the fight against Covid-19, Metuamate said.

"There's a Māori term: 'He ora te whakapiri', which means we are healthier if we come together."

"It's not just about me, my wife, son or auntie; it's actually about our whole community and the most vulnerable in our community are the ones at risk if we don't get this vaccination," he said. 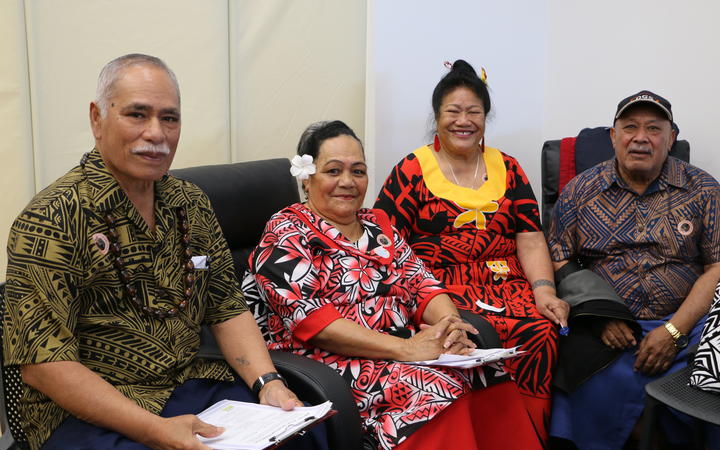 Catholic Archbishop of Wellington Cardinal John Dew said the church wanted to get the message out that the vaccine was safe.

"It is our responsibility to make sure you can be vaccinated to keep safe for yourself and keep other members of your family and community safe," Dew said.

Kāpiti Church leader Lafaele Vaeluaga said there were some concerns about the vaccine circulating in his community.

"In the end, people need to be brave enough and come forward and accept the vaccination. It's about keeping positive messages across the country and from community, organisations and individuals," Vaeluaga said.

Koleta Teofilo Konise from Newtown's St Anne's Church was not looking forward to getting a needle in the arm, but she said it was important to conquer her fear to protect her Samoan community.

"I wanted to support my cardinal, as well as the community of Samoa. Although I don't like needles, I need to take it for the safety needs of everyone."

A survey conducted this year found safety and concerns about side effects were the key reasons for vaccine hesitancy.