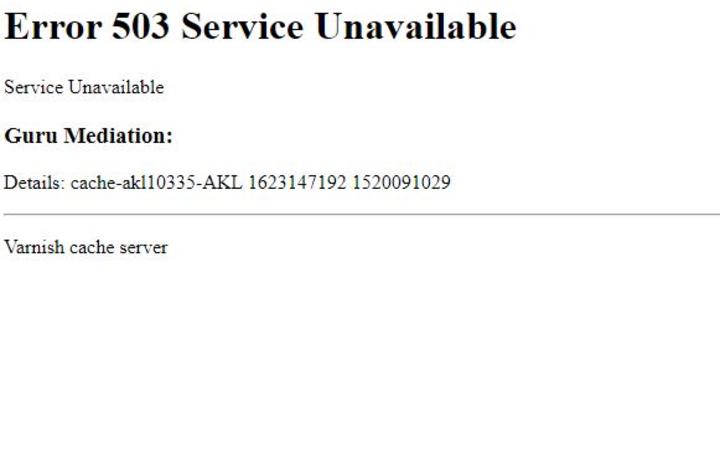 Fastly released a statement this evening confirming a global CDN disruption issue had been identified and a fix was being implemented.

Radio New Zealand's homepage went down at approximately 9.45pm and was restored at 10.27pm.

Fastly had said it was investigating "the potential impact to performance with our CDN services," according to its website.

Most of Fastly's coverage areas were facing "Degraded Performance", the website showed.

Separately, Amazon.com Inc's retail website also seemed to be down. Amazon was not immediately available to comment.

Amazon's Twitch was also experiencing an outage, according to Downdetector's website.

Websites operated by other news outlets, including the Financial Times, the Guardian, the New York Times and Bloomberg News also faced outages.