Senior members of the Waikato Comancheros, the Waikato Mongrel Mob and the Head Hunters have been arrested as part of the New Zealand end of a massive international crime sting.

Watch the police conference on the operation here:

Thirty-five people were arrested, with 900 charges laid, and $3.7 million in assets have been seized.

The arrested people have appeared in Auckland District Court and Hamilton District Court this morning on serious drug dealing and money laundering charges.

Police have also seized 20 ounces of methamphetamine, large bags of cannabis, mulitple kilograms of iodine, four firearms, 14 vehicles including two marine vessels, a number of mobile phones, and more than $1m in cash.

Police were cautious to say if there would be a dent in the meth market as a result of the operation, Williams said. However, it had taken out some of those in the "top echelon" of organised crime.

Police have been running multiple operations - under the umbrella Operation Spyglass - as part of an international effort with law enforcement agencies to investigate sale and supply of methamphetamine and money laundering activities.

Further details are expected throughout the day as more conferences are due to be held by Australian Federal Police (AFP), Europol and the Federal Bureau of Investigation (FBI).

Operation Trojan Shield was led by the FBI and co-ordinated with the Drug Enforcement Administration, AFP, Europol and other law enforcement agencies from more than a dozen countries. 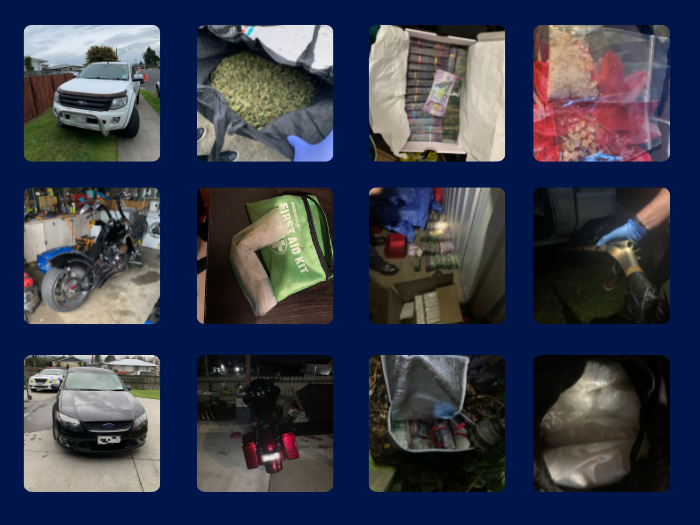 "It creates a massive challenge for us," Williams said.

As part of that, Canadian-based encryption service company Phantom Secure was dismantled by the FBI in 2018. Another service, Sky Global, was dismantled in March 2021.

NZ police contacted the FBI in 2020 about a potential import into the country - the same year New Zealand became involved in this operation.

A special encryption platform was set up - ANOM - to access encrypted organised crime communications. Police said users unknowingly communicated on the system, operated by the FBI, for over 18 months.

The network had 57 devices in New Zealand using it and all were being used for criminal activities, Williams said.

It allowed access into several organised crime syndicates, Williams said. It also resulted in the Operations Equinox and Seltos being started. 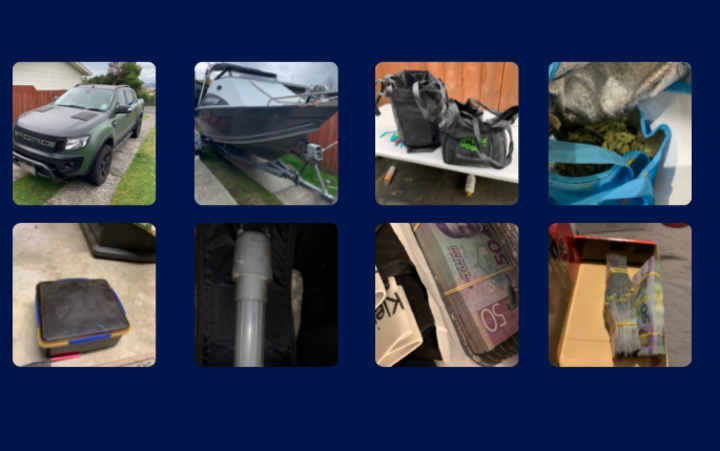 "It's a key focus for us to disrupt those cash flows.

"We couldn't do this without our partners," Williams said. That included, for example, Customs.

"What we are actually talking about here is these transnational groups preying on our vulnerable communities."

In a statement, an FBI spokesperson said the operations showed how foreign law enforcement partners could come together to combat crime.

"The innovative approach to Operation Trojan Shield should be a warning to criminals everywhere that collective law enforcement cooperation is no match for those criminals attempting to hide behind encrypted communications platforms.

"The FBI will continue to explore all avenues and work closely with our partners to bring those responsible to justice, wherever they may reside."

"We don't have any intelligence that's indicated that's happened in this case."

He had no evidence of corrupt port staff assisting with criminal supply chains in current investigations.

Williams said since 2016 waste water testing showed there had been a bit of drop in meth use. 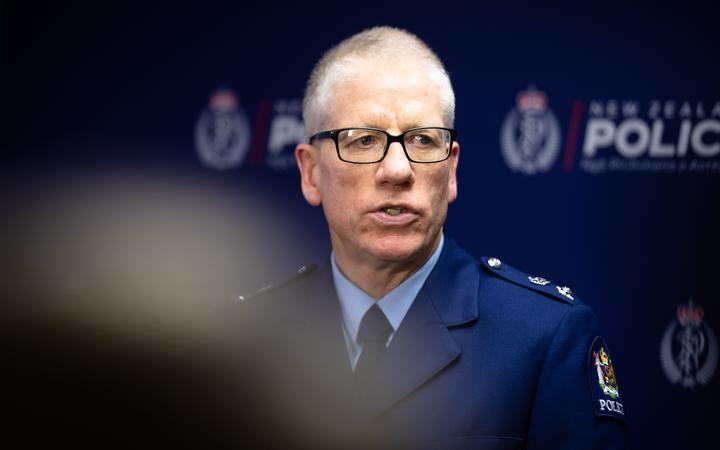 It all started with Operation Van in 2018, which targeted a transnational organised crime group linked to the Comancheros, police said.

It was conducted with help from partner agencies and international ones, including the FBI and AFP.

Police allege the group planned to import huge quantities of methamphetamine and cocaine into New Zealand, but it never made it here. They also allege the group had used money laundering networks to move money offshore.

Operation Van resulted in the seizure of 137.5kg of methamphetamine from a storage unit in Rotorua in 2019.

One person plead guilty and had been sentenced for possession for supply, police said.