Distinguished Central Otago artist Grahame Sydney has been made a Knight Companion of the New Zealand Order of Merit for his services to art. 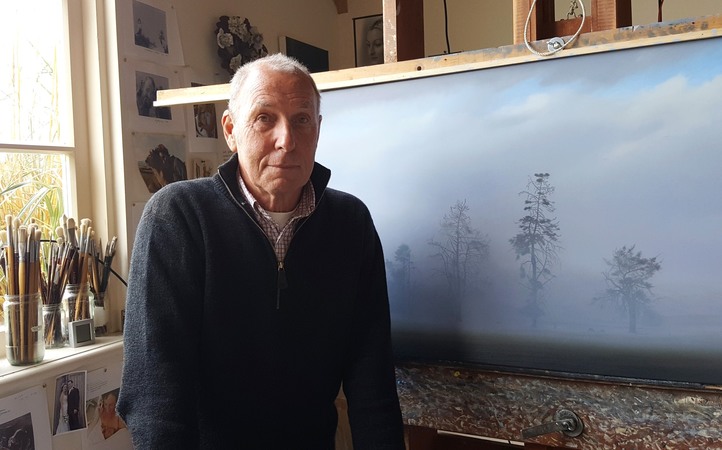 Grahame Sydney's works are in galleries and collections around the world. Photo: RNZ / Cosmo Kentish-Barnes

Sir Grahame's works are in all major New Zealand art galleries, Elton John has one, and the government gifted one to Nelson Mandela.

He is best known for his landscapes of Central Otago, which for many have defined their responses to Central Otago and the South.

Sir Grahame told Karyn Hay he and his wife, Fiona, thought the letter informing him of the knighthood was a hoax.

"I thought my b*****d mates have done this to me again and I actually wrote back to the honours unit and said 'is this real?'

"But she [Fiona] was the one who insisted that I had to say yes to it against my own inclinations, because she said if I didn't say yes to it she would leave me. I don't want another divorce, too expensive."

He said it was "surreal" to hear the news, and he had been "sleepless with worry" ever since he found out.

"It's that inevitable 'why me, when there are so many others that ought to have these sorts of things', and there's also the fact that I'm a bit of a republican at heart... and this is our system, you wrestle with these decisions.

"I do remember when I was a kid hearing about knighthoods 'cause I think a friend of our family's, James Barnes, got one ... and I remember thinking at the time that a knighthood must have been some sort of woolly balaclava you wear to bed. I had no idea what it was."

His house is built so that he has a good view of the Hawkdun Range, and the bulk of Mount Saint Bathans and Dunstan Range.

Sir Grahame said he did not remember his first painting but he was painting by the age five and his mum kept everything.

"I've got an infamous blue suitcase which is full with stuff Mum kept from every sort of waking day of my life. I used to draw as a young child and always loved it and always thought it was magical and I just kept going ... mainly because people used to praise me and it was a wonderful way of thinking you were okay."

That persistence resulted in an accumulation of learnings about painting, he said.

"I don't know [if] there's anything special about me, the more you draw of course the more you learn how to do it better, because I didn't stop I kept learning more."

He said he mainly shipped in his art equipment, and his studio was full to the brim because of how much he had.

"I can't go down to the village corner store to buy what I need, so I have to have it on hand and the studio is absolutely crammed."

He uses photographs as resources, but prefers to draw, although he said he was now drawing less due to time constraints.

"But I do love drawing, and often I have to resort to photographs to make up for the fact I don't have time to finish a drawing. It's one of lots of resources you use and compile them all together and create a new and different world inside the frame. It's never a replica of the real world and it's never honest."

He also does most of the blending with his fingers, by putting paint on the canvas with a brush and "then I go mad like a finger-painting kid."

Tens of thousands attended the Down South - Recent Paintings exhibition at Porirua's Pataka Art and Museum Gallery in 2011.

His photographs have been published in two books, White Silence and Grahame Sydney's Central Otago.

His works are also the subjects of several books including Grahame Sydney Paintings 1974-2014 and his own publications have included Promised Land: From Dunedin to the Dunstan Goldfields.

He was a driving force behind the creation of the Henderson House Artists in Residence Programme in Alexandra and he now chairs the Henderson Arts Trust.

Sir Grahame has advocated on various environmental issues, including the successful 'Save Central' campaign, and he was a founding member of the Central Otago Wilding Conifer Control Group. 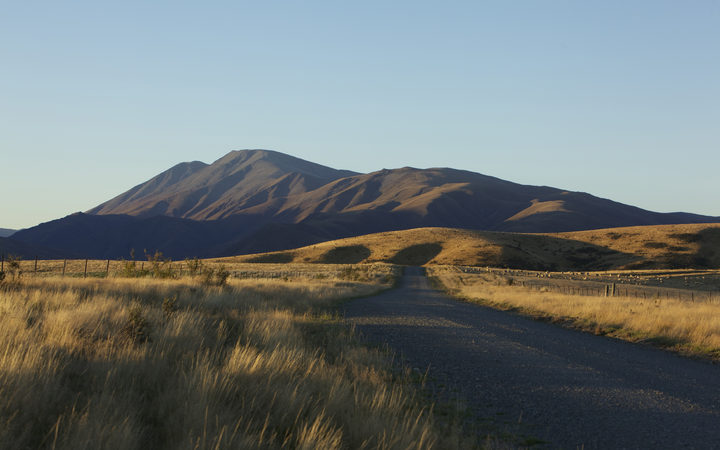 "We're nibbling at it, it's not a solution. It's going to need a hell of a lot more money and a lot more involvement from landowners before it can be solved."

He said he had hopes for a solution but wilding spread was fast and damaging, and the consequences were that it changed the beloved landscape.

"People love central Otago for its very unique and wonderful qualities of landscape unlike anywhere else in New Zealand, but that landscape, that uniqueness and distinctiveness, is honestly under threat from wilding spread.

"Unless we do it in the next two or three or five years at most, Central Otago is going to start looking like everywhere else."

Listen to an interview with Own Marshall, Grahame Sydney and Brian Turner about their book, Landmarks done by RNZ's Standing Room Only.