Sergeant Andrew Brooke from Palmerston North has been awarded the Queen's Service Medal for services to search and rescue. 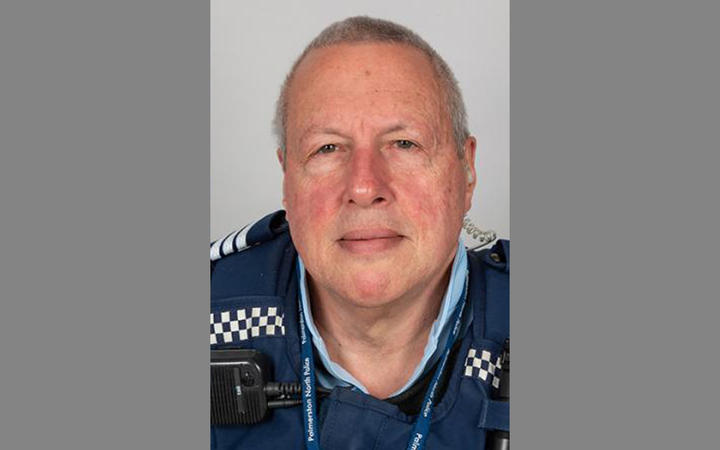 Brooke has been a police officer for 40 years and has been involved with Search and Rescue since 2004.

He was a founding member of Outdoor Training New Zealand, which co-ordinates teams of volunteer instructors to deliver training to the general population, and especially young people preparing for their Duke of Edinburgh's Hillary Award expeditions.

Brooke told Karyn Hay his family were glad with the honour. One of his most memorable rescues was from his earlier years.

"There's been some good ones [rescues] and some bad ones, and one of the early ones I did was up in the Mangaweka in the Ruahine Ranges, a couple of young adults got themselves lost in the snow.

"We sent some teams up from Palmy, Taihape, and Martin late in the night, and they spent the night in the huts, in Purity Hut, before they went up and did the search the next morning.

"And it's a six [person] hut up there in Purity and we had 17 people sleeping in there, so I'm not sure how much sleeping was going on, but they found a couple of the next morning, somewhat hyperthermic, but they managed to get them out okay."

His squad often did between 50 to 60 searches a year, which last a few hours, and that involved both land searches and marine searches.

A lot of those searches were resolved fairly quickly, he said, with about 20 or so involving volunteers, and about five or six of those lasting a couple of days.

Wilderness searches were difficult in a sense because there was less people to talk to, but that meant the clues were likely to be tied to the search, he said. Where as urban searches meant there were more people to talk to and heaps of potential clues that needed to be filtered.

In Palmerston North, there was more than 100 volunteers with about 40-50 being active, he said.

Volunteers were inspiring and did not do the work for recognition but for the sake of the helping the community, he said.

"They're some really skilled and really dedicated people, we couldn't do it without them."

"There was a beacon search that went off in the northern Ruahine [ranges] and it was a group of trekking club members from New Plymouth. The weather was terrible, we couldn't fly in so I managed to put a team on the ground, and again the weather was horrendous, but they still went up the hills and used a hand-held direction device to locate where the beacon had gone off and the next day the helicopter flew them all out."

Often people were reported as missing due to communication failures to their family or peers, he said, or misjudgment of the time it would take to travel across their destination due to weather troubles.

If did not have the skills to find their way back to their intended or original destination, then they should stay put and try to call for help, he said.

"If you don't have those skills ... then the best thing to do is stay put, and hug a tree, and we'll come find you.

"Don't move, the tree will give you protection from the weather, just stay where you are, and we'll come find you."