New Zealand's quarantine-free travel bubble pause with Victoria will be extended for a further six days.

Travel on such flights will be limited to New Zealand citizens, Australian citizens normally resident in New Zealand, people with humanitarian exemptions and critical workers who are stranded in Victoria.

Hipkins said those returning on flights to New Zealand would need to have negative tests returned within 72 hours of the flight.

He acknowledged it was a further inconvenience.

New Zealand was working with the Victorian government to make sure people could travel to get tests and flights home despite travel restrictions in the state.

Hipkins said those in Victoria now but not in greater Melbourne could travel to another state - if they could - and travel to New Zealand providing they had a negative test result.

People coming back after isolating in Melbourne and getting a negative test would not have to isolate on return to New Zealand, Hipkins said.

"One of the things we have ascertained... is that people will be able to get those tests on the 24-48 hour window before they leave."

Hipkins said one of the things giving the government confidence was the Victoria lockdown.

"By the end of that time, with negative tests, we can be confident that the risk of them coming back with Covid-19 is low."

"The feedback we have had is they [Victorian authorities] are handling it very well and they are doing everything that we would do."

He told Checkpoint New Zealand was working with the Victorian government to on special plans to allow New Zealanders trapped in Victoria to return home.

"We're also working with the government in Victoria. At the moment the current lockdown restrictions in Melbourne prevent that from happening," he said. 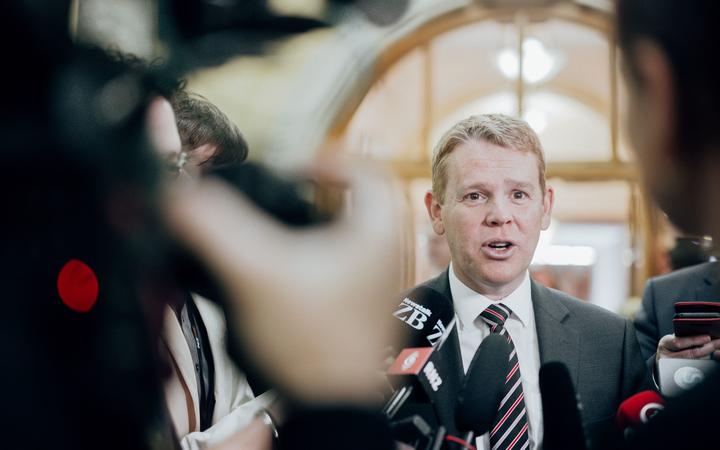 "People are not allowed to leave the place where they are currently isolating in order to travel and we're working with them to ensure that by the time this comes into effect, even if the restrictions are still in place, people will be able to travel, first of all to get their pre-departure test and then also to travel to the airport to come home to New Zealand.

"Our health assessment is people who meet those requirements - been isolating for that 14-day period... and had a negative pre-departure test - that's a very low risk to New Zealand and therefore they will be able to come back through the Green zone and return back home to New Zealand.

The government was following a cautious approach to returning people home, he said. There was a degree of goodwill in the arrangement for New Zealand residents to travel to leave Victoria, Hipkins said.

Contact tracers are still trying to identify transmission points in the outbreak.