If Joanne Harrison - who defrauded the Ministry of Transport of more than $780,000 - is allowed to cash in her KiwiSaver it could open the door for other criminals to use the savings scheme to protect dirty money from being seized, police warn. 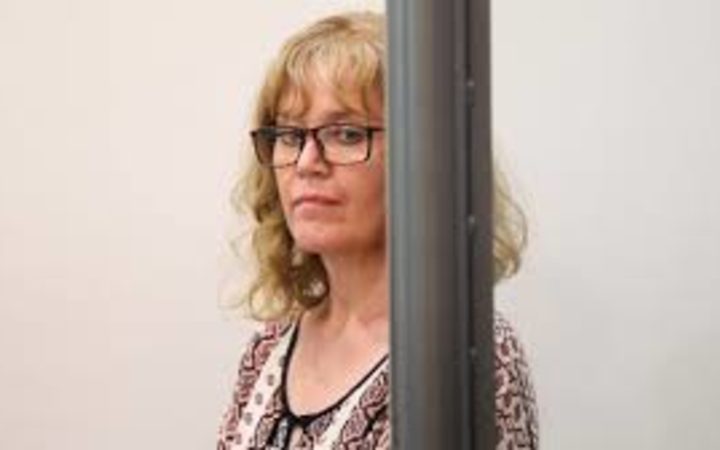 Harrison was released from prison in January 2019 after serving less than two years of her three year, seven month sentence, and deported to Britain.

A Rolex watch and a property in the Far North were among the assets seized in 2017 to pay back her fraud - but more than $200,000 is still owed.

At that time, police also attempted to take her KiwiSaver funds under the Criminal Proceeds Recovery Act, but the High Court ruled against them.

In May 2019, Harrison applied to withdraw money from her KiwiSaver on the grounds of financial hardship and the fund manager agreed to release $23,000.

However, before it could be paid to her, police put a block on it.

While police lost their second high court bid to seize this money, it has been sitting in a Public Trust account pending the appeal.

Crown prosecutor, Andrew Britton, acting for the police commissioner, told the Court of Appeal today there were two main issues at stake:

"The first is ensuring that the KiwiSaver Act is not improperly used as a safe harbour for unlawful benefits derived as a result of significant criminal activity and the second is enforcing proper forfeiture orders to their fullest extend."

Money in a KiwiSaver account cannot be seized under the Proceeds of Crimes Act.

However in Harrison's case - the money was no longer in a KiwiSaver account - but sitting in trust, waiting to be released to her "at the push of a button", Britton said.

The case highlighted a gap in the legislation and the police commissioner was concerned clever criminals could use KiwiSaver to stash away their ill-gotten gains for later, he said.

"That's why they are not going to make the request, it would just be nuts."

Goddard questioned whether if the money had been released by accident, it was fair to seize it.

Britton said the key thing was to look at the intent of the law.

If Harrison did not meet the threshold for hardship with respect to the earlier forfeiture - she withdrew her application - why should there be a lower threshold for accessing her KiwiSaver, Britton asked.

"Why should she benefit at the expense of the country on this specific withdrawal."

The other Crown lawyer, Mitchell Heslop, said police hoped the case would clarify the law around forfeitures.

"In terms of time pressure events here and sensitivities around terminations of operations, it is important to have a tool at hand for the imminent dissipation of assets offshore. This example is a perfect one."

However, Harrison's lawyer Nathan Bourke argued her money was still protected from forfeiture under the Act because it had not actually been released to her.

His colleague, Matthew Smith, said there were limits on forfeiture orders.

Smith said, if the court approved this broad recovery power sought by the police, it would be important and helpful to establish how that "mischief" might be avoided.

The three judges, Justices Christine French​, David Goddard​ and Patricia Courtney, reserved their decision and also asked for additional information, including a copy of the hardship application made by Harrison to her KiwiSaver provider.