New Zealand and NASA have partnered up under the multi-lateral Artemis Accords, in an effort to enhance space exploration efforts. 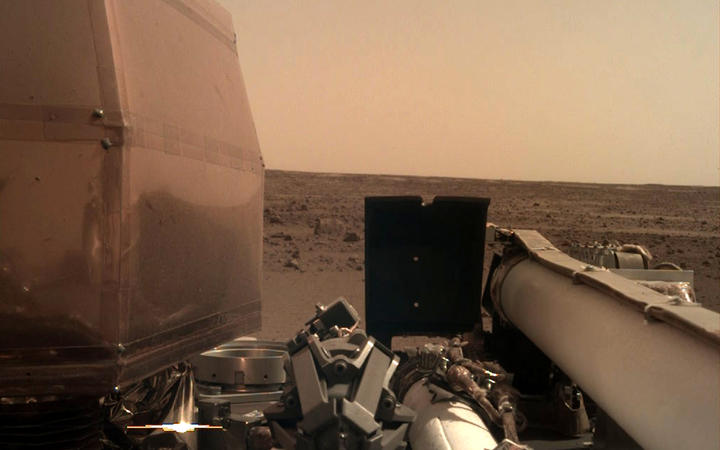 A view from NASA's InSight lander after it touched down on the surface of Mars. Photo: AFP

The Accords guide peaceful exploration of space, transparency of activities and rules around scientific discoveries and the utilisation of space resources.

Minister of Foreign Affairs Nanaia Mahuta said the agreement was a good first step to developing stricter rules around the use of space resources - such as minerals from the moon - in order to ensure the sustainability of space exploration.

"As one of only a small number of states with space launch capability we take responsibilities of kaitiakitanga of the space environment seriously. New Zealand is committed to ensuring the next phase of space exploration is conducted in a safe, sustainable and transparent manner and in full compliance with international law."

"The ability to use space resources such as minerals on the moon and other celestial bodies is critical to enable the next phase of space exploration, including the possibility of sending humans to Mars."

Minister for Economic and Regional Development Stuart Nash said the agreement would allow New Zealand to grow its space industry, currently worth $1.7 billion.

"NASA is explicitly seeking international collaboration and outsourcing key technology solutions to the private sector. Space exploration not only increases our knowledge of our planet and universe and encourages research, science and innovation, it also provides economic opportunities for New Zealand," Nash said.

"The government's economic priorities include supporting firms to make the most of our international connections. The Artemis Accords enable us to prepare for future economic and trade opportunities as well as meeting foreign policy objectives."

New Zealand is the 11th signatory alongside Australia, Canada, Italy, Japan, Luxembourg, the Republic of Korea, the United Arab Emirates, the United Kingdom, the United States and Ukraine.

Summary of the text of the Artemis Accords

The Accords are not binding in international law, but contain a set of principles designed to guide the safe and sustainable exploration and use of outer space. The principles are: